US disaster causes some to slip a gear 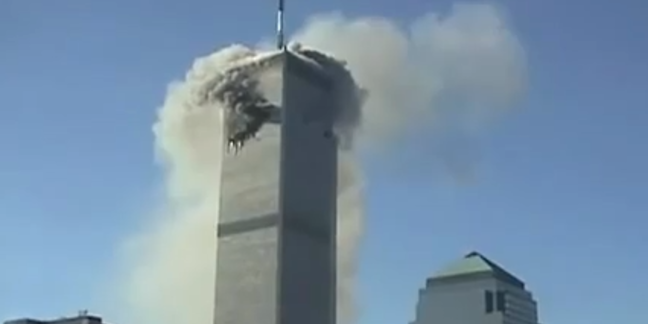 It's a sad fact but whenever anything terrible happens, usually involving death, there will always be some that react bizarrely, go off on weird tangents or use the collective sorrow to draw attention to themselves. The terrorist attacks yesterday have focussed huge numbers of people on one subject as rarely before in modern history.

Newsgroups and channels on the Internet rocketed over the course of yesterday and as we have come to expect over the last few years, a significant amount of what was posted was significantly wrong. Some claims are clearly nonsense: people saying that the World Trade Center was built to withstand the force of a 747, for example.

Claims by people that they knew of vans packed full of explosives currently being driven to other important sites. Rubbish.

And what are we to make of this - found on one newsgroup: "Confidential but exclusive, our friend a Marine Intelligence officer went to a conference and was told today's attacks were the beginning of a four-day onslaught on US soil. According to the information, the flight numbers are playing a role in determining the attack patterns. Flights were 11-93-175-77, added together (11, 9+3=12, 1+7+5=13, 7+7=14) the flights other than 11 go in order-11-12-13-14 - corresponding to the days in which we will be attacked. He told us all to evacuate Miami and stay away from any major US cities." Hardly constructive.

And with sad inevitability it seems as though Nostradamus predicted it all 400 years ago. Yes, that old chestnut again. Aside from the fact it is now recognised that much of Nostradamus' so-called predictions in fact stem from poor translation of his ancient French, many have gone hunting for more quotes to twist into predicting yesterday's events. Not everyone could decide on which paragraph exactly pinpointed the attacks.

The apparent quotes from one source read: "Earthshaking fire form the world's centre will cause tremors around the New City." Another: "The garden of the World near the New City, in the road of the hollow mountains. It will be seized and plunged in the tank, forced to drink water poisoned with sulphur". Here's another: "In the City of God there will be a great thunder, Two brothers torn apart by Chaos, while the fortress endures, the great leader will succumb, the third big war will begin when the big city is burning."

Even if these quotes aren't made up or wrongly translated, bear in mind that old Nostra wrote six books of this stuff. You could effectively write anything and it would become true at some point.

Then there's over-reaction. Less than an hour after the attacks happened, the CEO of a company we'll omit to name send out a company-wide email, thence forwarded all over the Internet. In a less-than-helpful comment, it read: "We would like to also say on record that if any country is found responsible for these attacks, we call for that country's complete destruction and annihilation" - omitting the possibility at the time that the attacks were carried out by disaffected US citizens.

In what no doubt is meant to be a generous gesture, one company has decided to issue a "commemorative" prepaid phone card of which 10 per cent of the proceeds will be donated to the families and victims of people caught up in the attacks. Even with the best of intentions, you would have to ask why anyone would want to commemorate such an event.

In another strange decision the Gartner group has opened up its entire database of research for free. Why? "To help organisations make decisions in the wake of recent tragic events, Gartner is opening access to all research. If you would like access to all of Gartner research, please use the following: User ID: emergency Password: response." The gesture is remarkable but we question quite how useful this is as a response to the attacks. Especially since tomorrow it may find its entire database - worth a lot of money - hawked about on the Internet for $4.99 a CD-ROM. ®

US states accused of skimming cash from 911 emergency call dosh

Funds to prop up critical service diverted to bankroll other stuff, watchdog not impressed

Miscreants go down to the wire meddling with emergency dispatch's server

US bloke gets 20 months for knackering city govt IT

'Ghost' calls overload lines, preventing babysitter from getting through for help – suit