Two new drives are in the works, an internal unit and an external box. Both will offer nearly double the capacity of single-layer DVD+R discs, from 4.7GB to 8.5GB - enough for up to four hours of DVD-quality MPEG-2 video or 16 hours' VHS-quality video. 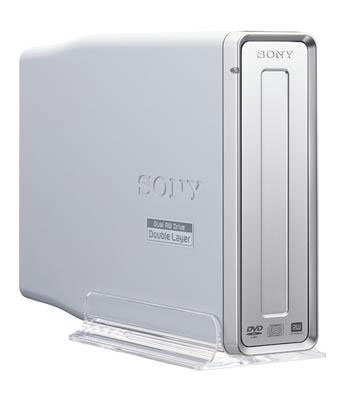 The internal drive, the DRU-700A, comes with an ATAPI interface. The external model, the DRX-700UL, drive features what Sony calls "a radical sleek and space-efficient design". It will provide both USB 2.0 and Firewire interfaces. Both units will ship with a full suite of disc burning and content editing software tools, Sony said.

The drives are expected to start shipping in the US by the end of the second quarter at an estimated selling price of $230 for DRU-700A and $330 for the DRX-700UL. ®