Time to ditch your PDA?

Reg Review For a number of years now, I've carried my personal information - contact details, diary appointments and the like - around on a Palm. And for a similar period of time I've carried a sub-set of that information on my mobile phone. That's always struck me as daft. Surely I should to be able to carry one set of data, on a single device?

Such devices do exist. But wireless PDAs, while proving a good screen size have, to a device, failed to match mobiles for telephony easy of use. To date, regular mobiles have generally provided insufficient memory and too small a screen to display anything but a name and a single phone number. 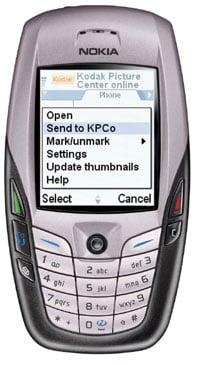 Smartphones have seemed the obvious solution, providing a suitable display for laying out detailed contact information, appointments and so on. However, much as I've liked, say, the Sony Ericsson's P900 hardware, its unattractive user interface has always put me off. More to the point, having been, by inertia as much as anything, a consistent Nokia customer, I'm used to the way the Finnish company's handsets work. It would take something really special to make me shift.

PalmOne representatives will at this point start waving their Treo 600s in the air, and indeed it's a good choice. But this a Nokia 6600 review, not a Handspring article, so I have to consider that machine in the light of my requirements.

The quality of Nokia's Series 60 UI was first revealed to me when I spent some time with the N-Gage. While that game console-cum-handset is hopeless as a mobile phone, its reasonably sized colour 176 x 208 screen proved almost perfect for displaying personal information quickly and clearly. Even if it was a bit small for games.

With the 6600, Nokia has essentially built a more traditionally shaped handset around the same screen, underlying operating system - Symbian - and Series 60 UI. The upshot is a handset that's stubbier than the likes of the 6310i, being shorter but thicker and wider than Nokia's older business-oriented phone. The 6600 is chunky but not uncomfortable, whether it's sitting in your pocket or in you hand, held up against your ear.

It's the screen size that dictates the 6600's width, but comfort that governs its height. Alas, that means the taller screen limits the size of the keypad. While Nokia has been able to utilise the 6600's width to pull the make and break call keys out to the side, it's put in a five-way navigation joystick in their place, forcing it to squeeze the size of the numeric keypad.

Here the 6600 user runs into difficulty. As a one-thumb 'typist' I found the handset difficult to use, particularly for texting. The industrial design doesn't help, pushing the keys right up against each other, making impossible to feel your way around the keypad as you do when there's space around each key. The joystick, by contrast, is very easy to use with your thumb, and is a big improvement over cursor keys. While you're making a call, it doubles up as the volume control.

As I said, the screen displays contact and diary information perfectly. It's large enough, for example, to fit an at-a-glance monthly, weekly and daily calendar that views that don't leave you guessing as to what's being shown. A contact's numbers and names (usually) fit each on a single line, allowing you to scroll down to the number or email address you want using the joystick.