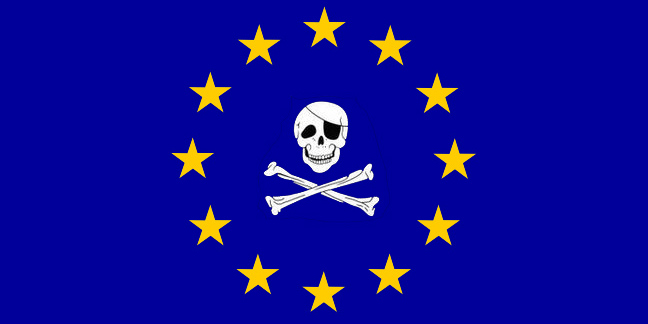 Sharman License Holdings, the company behind the controversial P2P utility and search engine Kazaa, can't use its trademark under the European Community Trademark (CTMR) system. A CTM is valid in all participating EU nations. Kazaa may even have to change its name in Germany.

FastTrack, the company that developed Kazaa and then sold its rights to Australian company Sharman already lost a trademark dispute against German company SpeedWare Software GmbH, which claims that in the German language the name Kazaa is phonetically similar to Casa, the trademark it uses for (database) search software.

FastTrack registered Kazaa back in 2000 with the Office for Harmonization in the Internal Market (Trade Marks and Designs), which registers community trademarks and community designs. SpeedWare Software GmbH (which now operates under the name of Nemetschek CREM Solutions) vigorously opposed against the trademark Kazaa, claiming that "a likelihood of confusion exists as the marks are phonetically the same and the goods/services are identical or similar".

Obviously, Sharman disagreed. The second syllable of Casa starts with the letter 's', while the mark applied for Kazaa contains the quite unusual letter 'z', Sharman argued. Moreover, the double letter 'a' is atypical in the German language. From a phonetic point of view, Casa is pronounced as the Spanish word 'casa', with the emphasis on the first syllable 'ca' and a soft and short sound for the second syllable. The Office for Harmonization in the Internal Market, however, came to the conclusion that the trade marks indeed are phonetically similar in the German language.

Now that FastTrack/Sharman has lost its appeal against the decision, the company may now have to reregister its brand name individually in each member state. More importantly, it can expect opposition from Nemetschek CREM Solutions in Germany. ®