iRiver has formally introduced its Linux-based Portable Media Player (PMP) family in the UK. The device maker also said this week that it has cut the price of its H series colour digital music players.

The PMP-120 and PMP-140, each equipped with a 20GB and a 40GB 1.8in hard drive, respectively, provide MP3, ASF, WMA and WAV audio playback, along with MPEG 4, AVI, DivX and XviD video support. There's still photography storage and slide-show features, too, and the machines also provide an FM radio and voice recording facilities. 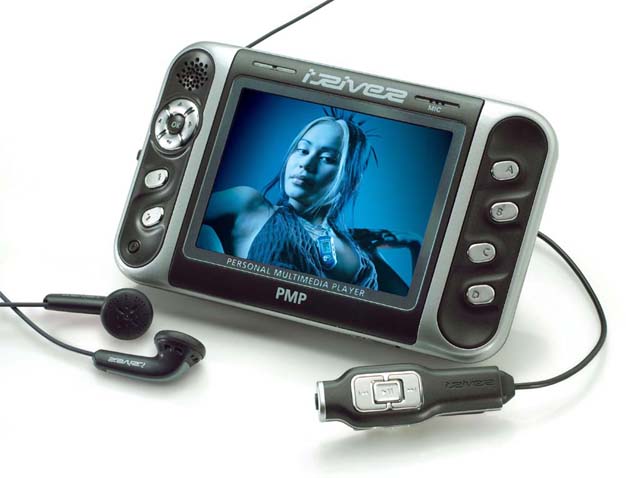 Video, stills and music track information are displayed on the PMP's 3.5in 260,000-colour LCD, or through the unit's TV out port. Line-in ports are provided for audio recording. A USB 2.0 connector is provided for both PC connection and to hook the unit straight to a digital camera from which it's able to grab images directly.

iRiver also cut the prices of its H320 digital music player, this week, knocking £50 off for a target price of £260. The 20GB player sports a 2in 260,000-colour screen and includes photo display software. JPEG and BMP picture formats are supported, as are text files, alongside the H320's MP3, Ogg Vorbis and WMA audio formats.

A line-in port enables MP3 recording, while the device can be hooked up to a PC via a USB 2.0 port. The H20 mounts as a mass storage volume, allowing files to be dragged and dropped over.