Sierra Wireless is to drop its Voq Pro smart phone, the company announced today, citing the product's "limited success" as one of the factors behind the move. 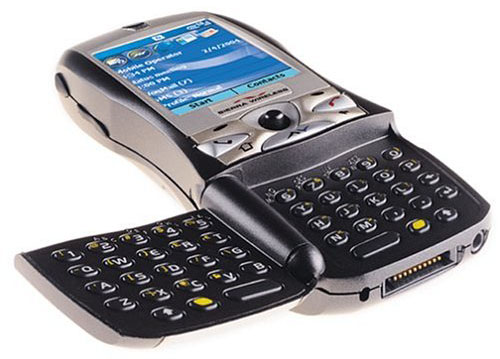 Sierra operates primarily in the embedded radio market - building a successful line of cellular network PC Cards, for example - and it said it wants to focus its efforts on those markets.

Based on Windows Mobile, the Voq Pro was notable for its phone-like design at a time when most Windows Mobile devices opted for bulky, more PDA-like casings. It also sported an innovative fold-out QWERTY keypad. The Voq Pro was first demonstrated in October 2003, but didn't ship until the following year.

Alas, by the time it went on sale, there were a range of better products on the market, variously aimed at folk who simply want a candybar handset, a more PDA-like device or a machine with a full keyboard. Sierra also missed the boat on the growing demand for camera phones, and failed to include Bluetooth. The Voq's unfinished-looking design didn't do it any favours either.

Earlier this year, Sierra was challenged with a class action lawsuit that alleged the company had failed in its duties to its shareholders by launching the Voq, a product, the lawsuit alleged, the company knew to be "flawed". According to the law firm behind the action, Lerach Coughlin, the case is still pending.

"To proceed with the Voq is no longer the best use of our resources," said Sierra president and CEO David Sutcliffe. "We will now seek the most effective exit, whether by divestiture or by termination of the initiative." ®