Our recent article on Google Earth blowing military secrets to the forces of darkness provoked a huge response - much of it from eagle-eyed readers who obviously have nothing better to do than spend all day peering at the earth's surface for eye-catching hardware and installations.

Accordingly, we thought we'd chase up a few of the leads provided and present the results to an amazed world. First up, many of you said the White House roof - plus related government buildings - are no longer obscured. Well, here's the evidence, from Google Earth and Google Maps: 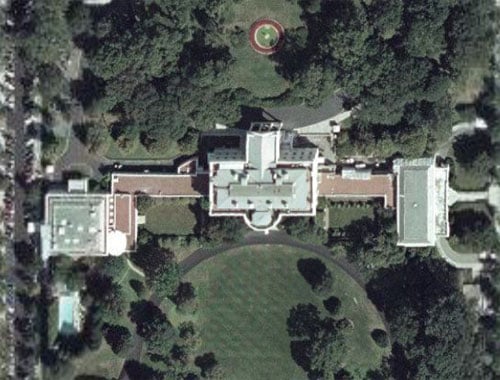 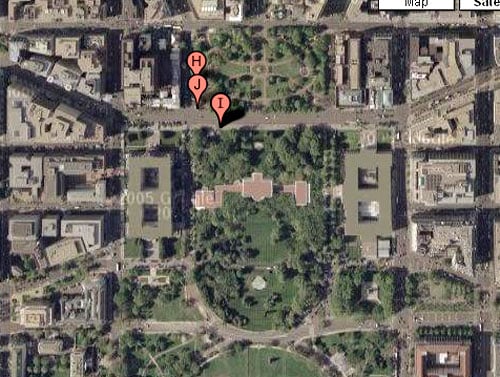 Google Maps appears to be a little backward in coming forward on this one. Splendid effort by Google Earth, though, and not a black helicopter in sight.

Next, British and US air bases in the UK. Who needs Google?, asks Ross Fenton:

You can just hire a light aircraft and fly over RAF and USAF stations at 1200 ft taking as many pictures as you like. The trick is to fly at the weekend when the military are out shopping. I have yet to try this in North Korea.

I went for a flight in late July flew from Elstree to Norwich and then to Leicester. On the way I flew over USAF Mildenhall and Lakenheath, RAF Marham and Wittering and through RAF Cottersmore's MATZ. Of those MIldenhall were in but were not bothered, Marham was in and actually gave me a transponder code so I could be tracked on radar. I attach photo's as proof. Quality is not that good as I was trying to fly a plane at the time, it was foggy and I am a lousy photographer.

The photos are Mildenhall from 1200 ft, Lakenheath from a similar height and Wittering from 2000 ft. Note the harrier jump ramp on the south of the runway: 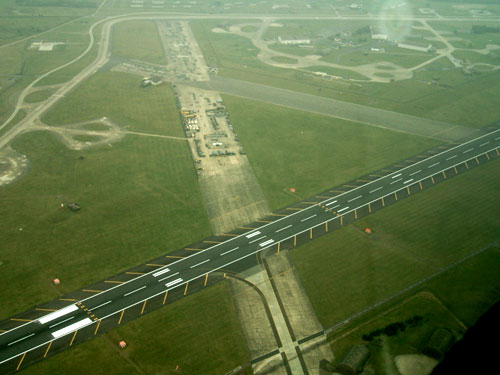 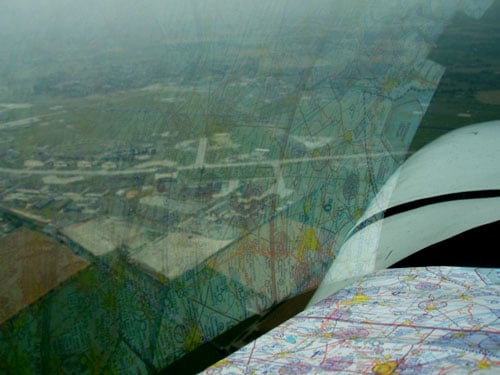 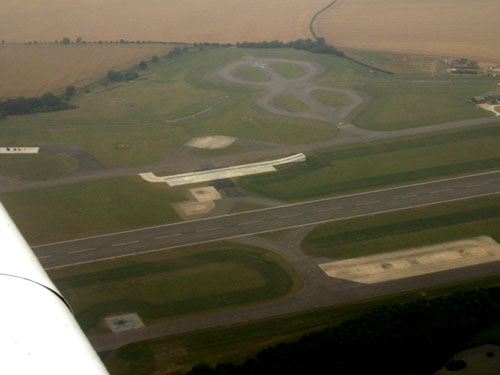 Good stuff. Probably a good idea not to try it over North Korea, though - even on a Sunday afternoon when they're all down the Kim Jong Il DIY superstore buying flat-pack pine-effect shelving units.

If you need a good snap of Aldermaston, however, you won't need a Cessna and a digital camera. Try Multimap, as spotted by the suspiciously-named Jeremy French: 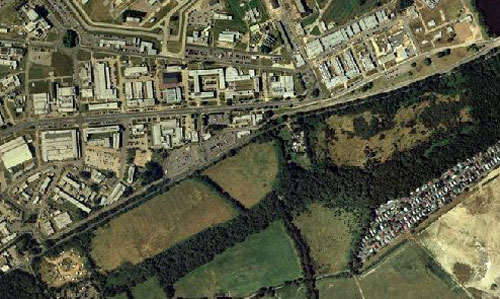 They even offer a link to "Purchase more detailed aerial photography here", which is very handy if you're sitting in cave in Afghanistan with a satellite broadband connection and an al-Qaeda Platinum credit card.

Over in Russia, meanwhile, we have a winner!: 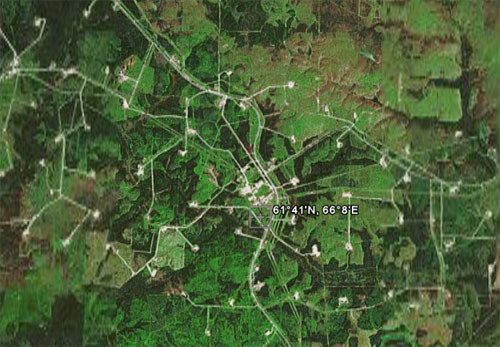 Good work by Ian Ameline, who took up our challenge to spot the nuke silo and came up trumps. As did Matt Woodward's "dear mother", as he puts it, who opens our entertaining section entitled "Ah, so that's where the Navy lives..."

Company had hoped deal would grant access to $300m trust account, but shareholders cleared it out
HPC9 Aug 2022 |

Search, Maps and YouTube later suffer brief outages - nothing as concerning as the injuries suffered by workers
Off-Prem9 Aug 2022 | 6