Competition results It's taken our photo interpretation bureau the best part of two weeks to sift through the hundred of entries we had for our "Spot the Black Helicopter" competition - giving readers a chance to win one of our lovely Black Helicopter t-shirts.

Well, the results are in, but before announcing the winners, we thought it would be a lovely idea to have a look at some of the other entries which prove just why Google Earth will eventually provoke the complete collapse of Western civilisation. If your stuff isn't included, don't take it too hard: we had so much material that it would have taken us another month simply to knock it into shape for publication.

First stop: Devonport and Portsmouth. So many of you wrote in to recommend the Navy's facilities here that we can't possibly single out one for an award. Here's a couple of pics though to show everyone else what they're missing: 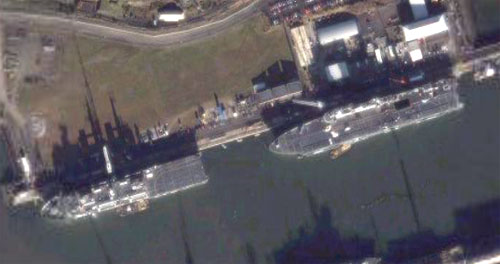 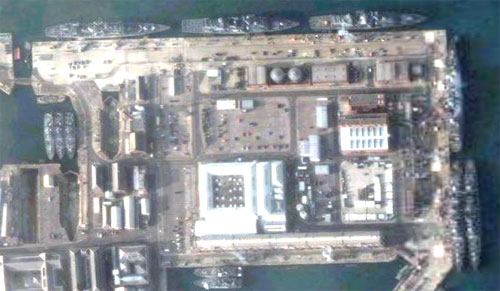 Next page: That distant rumbling you hear is...
Page:
Corrections Send us news