There's plenty of weird and wonderful stuff out there on Planet Earth, as Kees Huyser found: 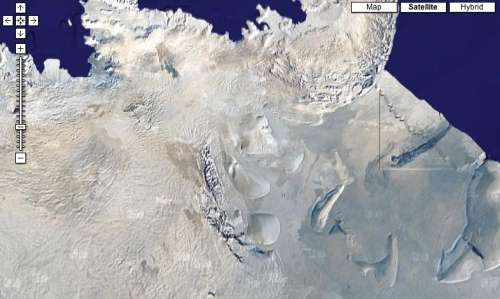 An interesting feature of this picture, however, is in the top right: 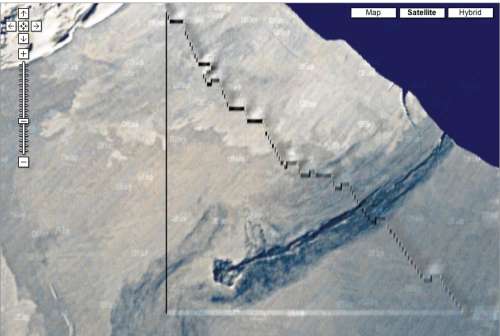 Looks like a giant Lego testing facility to us. Strange stuff indeed. More frozen bizarreness hot from the desk of Planet Shaun:

I'm not exactly sure if this what you were looking for but here it is nonetheless. It's a strange alien looking face on Antartica, mysterious or what? The perhaps stranger thing is it looks like an errie face even if viewed oppositely (South being North that is), just look for the direction it is facing if in doubt. Not sure if this is any intrest just thought it's a pretty strange thing that I happen to notice a while ago. Latitude: 78°39'21.08"S Longditude: 40°37'37.92"W. 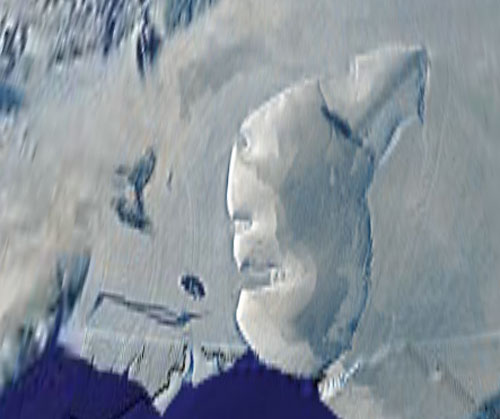 Icy simulacrum - lovely. Now try this poser set by Chris Gibson, who can offer no explanation for the strange colouration of the Bodele Depression in Chad: 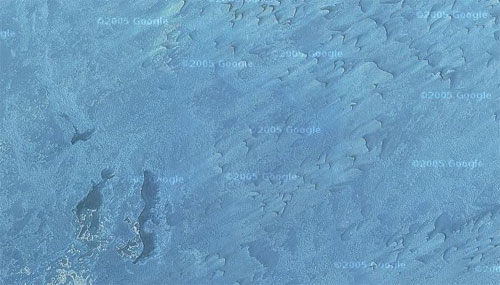 Apparently it was "once part of Lake Chad long long ago and is now one of the main sources of dust in dust storms".

Mind you, at least there are no inexplicable markings out there in Chad to fire up the conspiracy theorists. If you want to get you mojo working, check out Jason R. Gill who says: "Not exactly black helicopters, but hey, it's out in Nevada, so I figure it counts:" 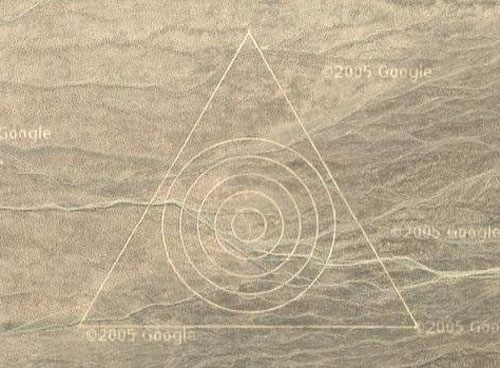 That'd be your alien landing site, for certain. Or maybe here, in the centre of London, claims Jeremy Hamill-Keays: 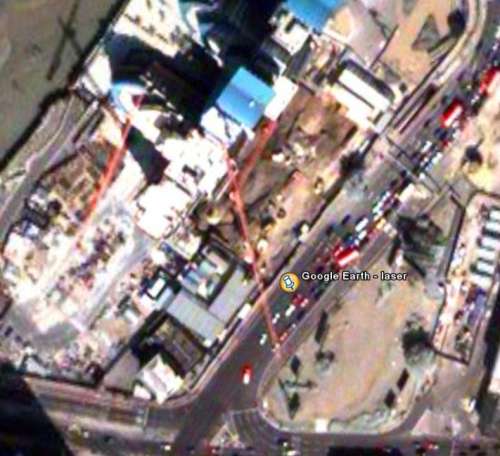 Jeremy warns: "If those are not alien beams, taking some unfortunate souls to God knows what, I'll eat my hat. I am sure 'they' will come up with some sort of photo artifact excuse, but too late, the news is out."

It is indeed. What's next? A surprise...

A notebook with an RV SoC is cool enough. Did we really need the Web3 jargon?
Personal Tech1 Jul 2022 |

Thanks to Linux wunderkind Rudra Saraswat, not Canonical, this time
OSes1 Jul 2022 | 1