The Novelist vs The Futurologist

Competition Little has been heard of new economy prophet Kevin Kelly in the more recent era of hedge funds and the Enron trial. The world doesn't seem to be as receptive to futurists as it was in the 1990s, and here's an instructional tale why. Budding futurologists take note: the story contains one very important mistake you must never, ever repeat.

Kelly earned his reputation during the dot.com bubble, when the Whole Earth Catalog and Wired magazine editor was a media fixture - giving businesses advice like "the surest way to smartness is through massive dumbness." And in this task he had much to offer, by assuring us that not only was the web browser dead (1997), but that central banks were now powerless, and the boom would go on forever. Kelly was just one of many writers who mixed junk science and misued biological metaphors in support of this utopian vision - but his propaganda was by far the most stylish and compelling. It may have been foolish and trite, but it was rarely dull. And as one of the few technology commentators who is also an Evangelical Christian, his millennial exuberance makes for a particularly interesting case study. Like Tim O'Reilly, this self-styled "techno transcendalist" is a lapsed Catholic.

But Kelly hasn't been altogether idle. He's returned to his WEC roots, in a way, by blogging about duct tape and preparing his next provocation, a book about how technology has moral agency and purpose.

Ironically, a fortnight ago, the New York Times Magazine published a 7,800-word essay of Kelly's predicting the demise of the book. In its place, he suggested, we'd simply gather from the net what small pieces, partially digested, of information we needed. Books would dissolve into a "liquid fabric".

The idea is wearily familiar to Register readers - you'll recall the "Blooker Prize" last year - where the "Hive Mind" of the internet would complete the task of editing these half finished globbets. And as we recall, you didn't think much of this at the time.

"I was left rather queasy by the ideas in the article. Not so much the replacement of curling up with a book by sitting in an uncomfortable chair in front of a computer. It was the thought of these New-Age salesmen fresh from the car-yards trying to sell us a new social technology that no one wants or needs which causes my bile to overflow," wrote Andrew Punch. 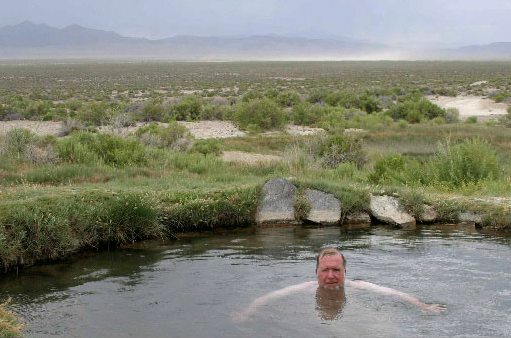 Kelly's piece was largely ignored, and appeared to be have almost completely slipped by the internet's hive mind, until novelist John Updike gave it a shot of publicity at the weekend.

Where Kelly saw the physical medium dissolve into "a liquid fabric" - information devoid of context - Updike drew attention to its value.

"Books traditionally have edges," said Updike, who objects to Kelly's idea that "the book revolution, which from the Renaissance on taught men and women to cherish and cultivate their individuality, threatens to end in a sparkling pod of snippets." "Defend your lonely forts," he urged, the Washington Post reports. "For some of us, books are intrinsic to our human identity."

It isn't really a row about identity, or even books, but about reading and learning. Kelly is confident that skim-reading gobbets of facts is better. In this, he's simply repeating one of the technology utopians most basic mistakes, which is to confuse information - which we have in abundance, and which clearly isn't making us smarter or more understanding - for knowledge. You've seen this mistake made many times, most recently with Wikipedia.

Kelly has made a far more serious error, however, which was finessed out of him by Nick Carr.

Next page: Be gone, wetware!
Page:

What do you mean, you don't think historic handwriting is worth it?
Offbeat5 Dec 2022 | 8