Review Shuttle is without a doubt the best known manufacturer of small form-factor (SFF) barebones PCs in the world. The SN21G5 features the now familiar fifth-generation chassis, which is getting slightly long in the tooth now, but this is a budget model. It's based on Nvidia's nForce 6100 chipset, so it has a wide range of built-in features... 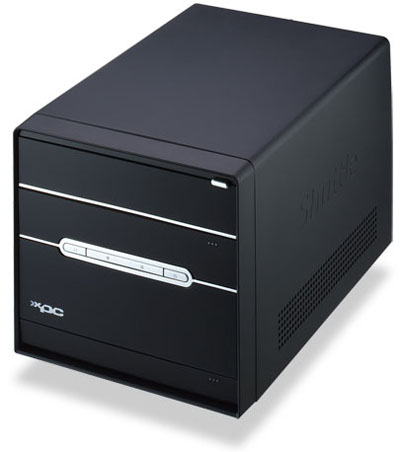 The SN21G5 is quite affordable too, as long as you stick to something like an AMD Sempron or entry-level Athlon 64, as it's really the CPU that would be the biggest cost. Add some memory, a hard drive and an optical drive and you're set.

Well, almost. The nForce 6100 also lacks some of the hardware-based video-decoding features of its higher-end sibling, the 6150, which makes it less ideal as a Windows XP Media Center Edition (MCE) or PVR-centric machine. Nor is it suited for 3D gaming, unless you decide to fit a PCI Express graphics card. The nForce 6100 just isn't powerful enough for modern games. But if you want a small, multi-purpose computer, the SN21G5 is worth a closer look.

I was disappointed to see a D-sub rather than DVI connector on the back of the SN21G5, but the reason behind this is simply because a D-sub costs less than a DVI connector. Otherwise the SN21G5 has a fairly good feature set which includes two PS/2 ports for your keyboard and mouse, two rear-mounted and two front-mounted USB ports, a rear six-pin and a front four-pin Firewire connector, a serial port, 10/100Mbps Ethernet, and 5.1-channel sound with S/PDIF output and front headphone and microphone connectors. Shuttle has fitted an AC97 codec rather than one of the much better HD audio codecs which the nForce 6100 chipset supports - again, this is presumably about cutting costs.