The Almaden facility sits atop a hill in San Jose, providing hundreds of IBM researchers with one of the more idyllic corporate R&D venues. Over the years, the lab has churned out some of IBM's key storage, software and processor advances. Of late, Almaden has started to hone in on services research, although we're still trying to figure out exactly what that entails.

IBM has actually had a long-standing presence in Silicon Valley that dates back to the 1950s when it opened a smallish lab in downtown San Jose. Some of IBM's most prominent West Coast work includes the invention of the hard disk drive, the creation of the relational database by Ted Codd and the development of myriad storage management products.

It's a shame that the public can't visit the site, which shares land with the Santa Teresa County Park. You get some spectacular views of Silicon Valley and can encounter turkeys, snakes and spiders. 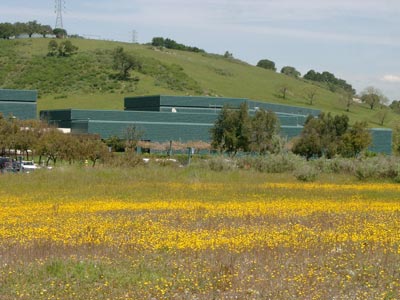 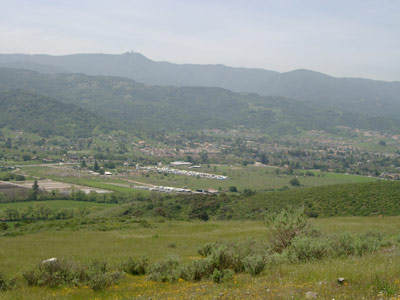 IBM is one of the few US companies still willing to spend gobs of cash on research and development and sees centers like Almaden as key to its long-term business model. This is a refreshing approach - and one shared by the likes of Sun Microsystems and HP - during a time when Chinese imports, Wal-Mart and Dell grab so many headlines.

We recently attended a cognitive computing seminar at Almaden. The real brainiacs out there might find the sessions compelling. We've yet to comprehend much of what was said, although John Searle and Cristof Kock were certainly entertaining presenters.

We also ran across this gem that seems like a decent answer for entering text into mobile devices. We hope IBM releases a new version of it into the wild soon. ®