Nokia today unveiled the phone it hopes will bring 3G to the masses: a cut-price candybar handset that it reckons will retail SIM-free for a mere €240 (£164/$304) when it goes on sale in the third-quarter.

The Nokia 6151 uses 3G for fast downloads rather than video calls - there's no front-mounted camera, for instance. It does have a rear-mounted camera, a 1.3-megapixel job with 4x digital zoom and video capture ability. 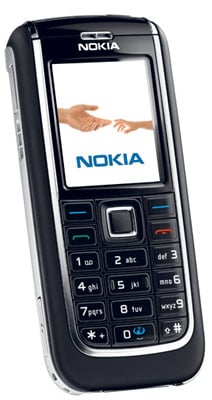 The 98g handset ships with 30MB of user-accessible memory - if you want more, just slide in a MicroSD card. Its sports the customary music and video playback support, and has an FM radio with Nokia's Visual Radio technology for stations that support this system for synchronising broadcasts and picture delivery.

As a phone, the 6151 has tri-band GSM/GPRS/EDGE support, plus 3G. Bluetooth ships as standard, and there's push-to-talk for networks that support it. Nokia claimed the 6151's battery provides 4.5 hours' GSM talk time, 3.5 hours' 3G connectivity and up to ten days' stand-by operation.

The handset will be available in a colour selection including black, pearl white, orange, light blue and lime green colour variants, and will ahip in Europe, Middle East, Africa and Asia. ®