DialKeys, when running, works surprisingly well as a simple text-entry system - once you've spent some time growing accustomed to it, of course. But then the application implementation gets in the way. You run IE and then DialKeys, say. But moving from IE to DialKeys loses the cursor focus, so you have to reactivate IE to activate the address field so you can go back to DialKeys to type in a URL. You may as well just whip out the stylus and tap the address in using the regular QWERTY keypad. 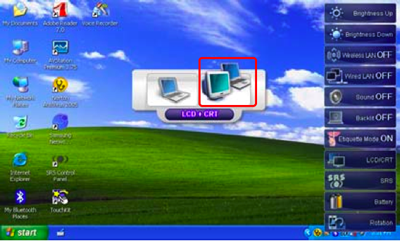 Throughout the time I spent with the Q1, this kind of thing kept cropping up. Any attempt to use the device as a casual information access tool - something a consumer would do, surely - brought up small but irritating inconsistencies in the way the Windows works on such a device. Using XP Tablet Edition is a mistake because the UMPC isn't a tablet.

The UMPC does work as a portable PC - the sort of thing you'd hook up to a keyboard and display in one location, unplug it, and then reconnect it to another set of peripherals on another desk. And with a screen, you can access your data between the two locations. I'm sure some folk will want to do this, to save carrying a laptop around, say. But by far the majority of business notebook users I know carry one because they're working on applications that require a decent-sized keyboard and screen. They are not impressed by the wee tablet - it's too fiddly to get real work done quickly.

And they weren't impressed with the speed either. The Q1's Celeron M isn't a slow chip, but the hard drive isn't as quick as you'd expect from an up-to-date laptop, and there's plenty of clicking and waiting while the hard drive thrashes away to load the applications and data you want. 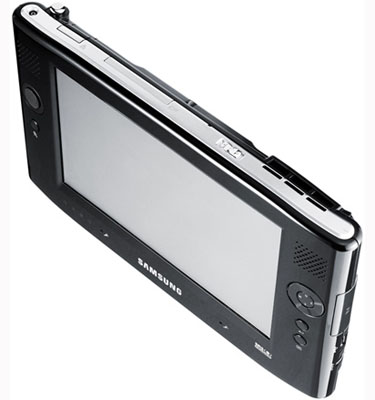 That leaves two target markets: consumers and vertical applications. As we've seen, there are usability issues that limit the Q1's value to consumers. To be fair, this will be a problem with many other UMPCs, Samsung's just got exposure by being first. Vertical markets, on the other hand, will see the UMPC as another electronics clipboard, and for such roles it's perfect. No surprise there, Microsoft's pen computing efforts have always been pitched in this direction, not least because unlike everyone else these applications really do require a stylus as a tool in its own right and not as a crude mouse replacement.