In the US, as God intended

Those of you looking for your own little bit of paradise can thank Google Earth for providing its exact location: Nevada, USA.

Of course, this is a decidedly American paradise, as our screenshot shows: 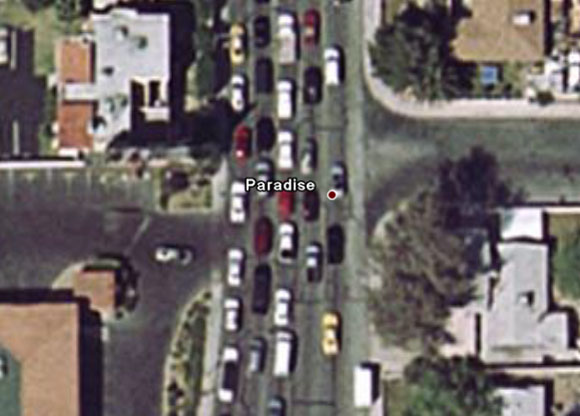 Thanks to Jacob White for leading us to Paradise.