The Core 2 Duo processors are definitely bringing some real advantage to multi-threaded applications, and as you can see from the CineBench 9.5 graph there's a huge improvement when you move to multi-core rendering. The X6800 isn't far from being twice as fast as the Pentium D 960 here, which is very impressive considering it has a much more modest clock speed. 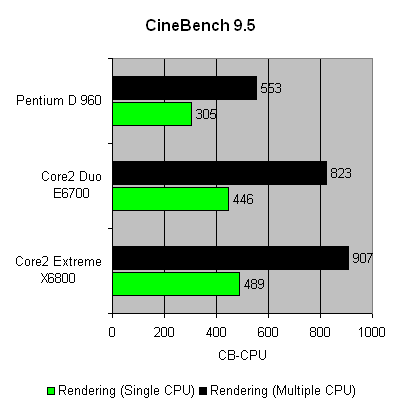 So what about gaming? Well, we had some issues with an unhappy CrossFire config, so the 3D tests are something we're going to have to re-visit at a later stage. However, in 3DMark 06 the Core 2 Duo processors doesn't appear to have a huge lead over the Pentium D 960, but the my impression of the time it took to run the benchmarks was that the Core 2 Duo chips were clearly faster. 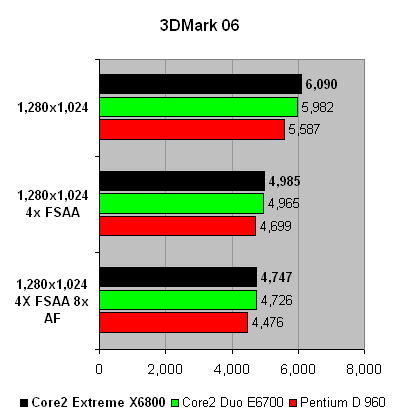