Moving on to real games, the Core 2 Duo processors are once again miles ahead of the Pentium D 960, with the X6800 almost being twice as fast in Half Life 2. The E6700 doesn't seem to be very far being in Far Cry though, even beating the X6800 when using 4x FSAA, but this is likely to be down to the graphic card not being able to process the data fast enough. 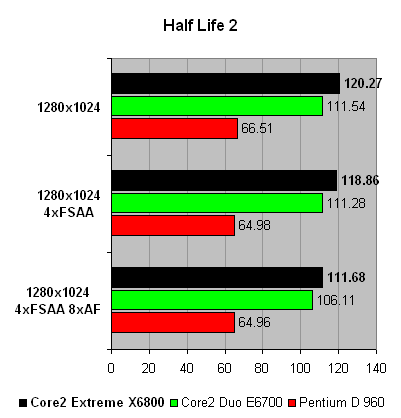 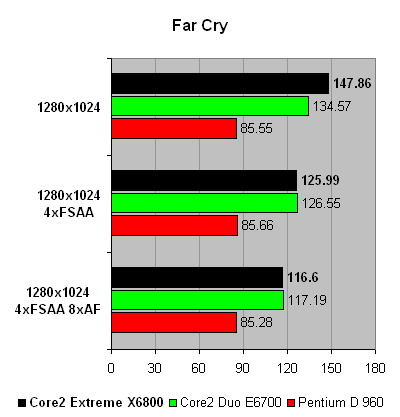 Intel has proven that it can make a very fast processor that doesn't need to run hot and noisy, something it should have done a very long time ago. There is still no official UK pricing but Overclockers UK has had prices up on its site for a few weeks now. Interestingly, Intel is planning to sell the Pentium D 960 for the same price as the E6600 Core 2 Duo part, but I can't see anyone chosing a Pentium D over a Core 2 Duo. Don't forget, the Core 2 Duo has a lower TDP.