SPV trio plus Samsung's i320

Orange's upcoming smart phones got an airing this weekend, revealing the carrier will be bringing Samsung's QWERTY keyboard-equipped, 3G-connected Windows Mobile 5.0 device, the i320, on board.

Joining the i320 will be the SPV C100, a quad-band candybar phone, again running Windows Mobile 5.0 with push email support. It's based on a 200MHz Texas Instruments OMAP 820 processor and contains 64MB of Flash ROM and 48MB of RAM with a Mini SD slot for memory expansion. Like the i320, it has a 1.3 megapixel camera. The C100 - HTC's 'Oxygen' phone - supports a new Orange technology, 'SIM+', which enables special SIMs with additional storage capacity, with 512MB SIM+ cards already being in existence, and larger on the way.

As does the SPV F600, Orange's first clamshell smart phone, based on HTC's StrTrk model. Its processor, memory and GSM/GPRS specs match those of the C100.

The SPV C700 - based on HTC's 'Breeze' design - ups the CPU to a 300MHz job. It's only got tri-band GSM/GPRS, but it's a full 3G phone with HSDPA high-speed download technology on board. 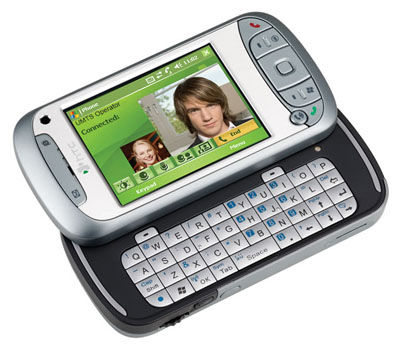 None of these devices have yet been formally announced, so there's no availability or pricing information from the carrior. However, we expect the C700 to cost around £30 with a £30 per month contract. The M3100 is expected to come in at £75 with a £40-a-month package. ®