Sony will ship its anticipated internal Blu-ray Disc burner in the US in August, the electronics giant's North American division said yesterday. Separately, one the company's Blu-ray backing chums, Samsung, unveiled its first PC with an integrated BD-ROM drive.

Sony's BWU-100A was announced back in March, when the company said the unit would ship "early summer". The 5.25in IDE internal unit can write to dual- and single-layer Blu-ray recordable (BD-R) and rewriteable (BD-RE) media. It will also write single-layer DVD+R/RW discs, dual-layer DVD+Rs and DVD-RAM media, along with CD-R/RW discs. 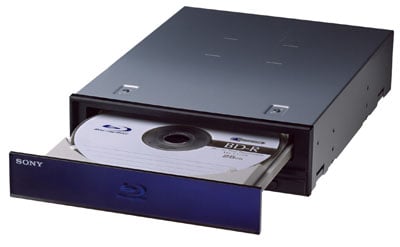 The drive burns BD-R/RE discs at 2x speeds, as do pretty much all the rival Blu-ray burners coming to the market. In real terms, that means it takes 50 minutes to fill a 25GB disc. 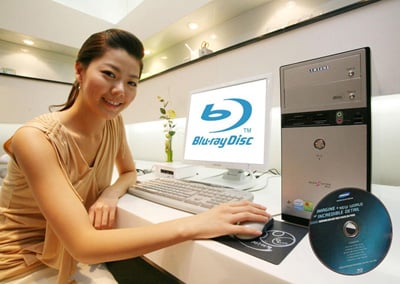 Samsung didn't actually specify whether the MV55's optical drive can write as well as read Blu-ray Discs, but it can certainly write "all" DVD formats and CDs too. ®