Leadtek will next month ship a pair of AGP graphics cards based on Nvidia's GeForce 7600 family of GPUs, pitching the parts at PC users who have yet to make the transition to PCI Express but still want high-speed graphics. 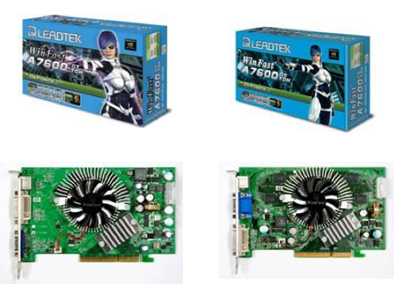 The A7600 GS TDH is kitted out with a 7600 GS clocked at 400MHz, and the memory is DDR 2, though again its operating on a 128-bit bus and there's 256MB of it. Both cards have AGP 8x connectors, dual-link DVI-I ports, HDTV-out and a VGA connector for older monitors.