Nokia will next month ship a revised version of its N80 smart phone, the mobile phone giant said today. Dubbed the N80 Internet Edition, the upcoming 3G handset appears to be little more than a software upgrade over the current 'non-Internet' version. 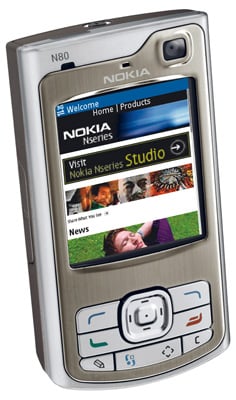 Building on the original N80's software bundle, the new version of the phone adds Nokia's "enhanced" web browser which, along with the handsets other internet apps is stored in a new folder called, appropriately enough, Internet. In it, buyers will find a new Wi-Fi set-up Wizard, Amazon.com's MobiPocket eBook reader and the newly announced Yahoo! Go! mobile app. 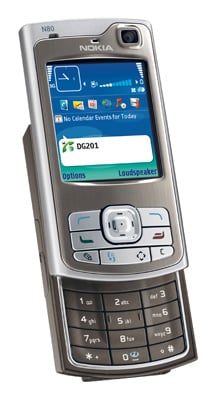 Nokia also said the N80 Internet Edition has the VoIP-oriented Session Initiation Protocol (SIP) built in - as the picture above shows. Since SIP isn't used by Skype, don't expect to use the N80 to chat for free to your Skype Buddies.

The Nokia N80 Internet Edition will be available in the US and in Europe from mid-September. Pricing will be announced at launch, Nokia said. ®