Napster UK to give away free MP3 players

For Napster to Go users only

Napster UK is giving away free MP3 players to all new subscribers of its portable music service.

Anyone taking out a three-month Napster to Go subscription from 14 September will receive a 512MB Sandisk Sansa m230 that stores up to 240 tracks at a time. 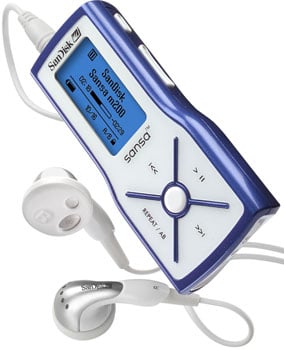 Napster's portable music service allows people to fill an MP3 player with unlimited tracks from a library of two million songs for £14.95 a month.

Music fans can get a free MP3 player by signing up at Napster.

Leanne Sharman, Napster's VP, said: "We see a parallel in the UK between the mobile phone industry and the digital music business. The mobile industry is more mature than ours, but it began as a pay-as-you-go business reliant on handset sales. This is the model for the future of the digital music industry where content is king and MP3 players are disposable." ®