Here's a cautionary tale for those of you who like to indulge in a bit of light sunbathing in the privacy of your own patio: make sure you ring Google to see if they're planning a satellite pass-over before whipping off your top: 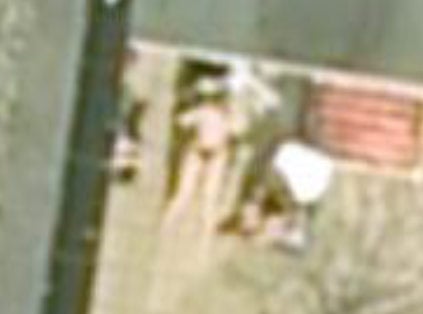 No sooner had the poor Dutch woman pictured here popped up on Google Sightseeing, than Digg got hold of her assets. This immediately prompted a heated debate - sadly not on the technological threat to privacy - but rather as to whether or not she really was enjoying her leisure time as nature intended.

Unfortunately, we may never know. Dutch TV quickly identified the address and moved in for the kill, dispatching a team armed with grabs from Google Earth to the sun-worshipping resident's domicile. Mercifully for her, she wasn't in. ®