Sharp-eyed Google Earth monitors have this morning alerted Vulture Central to the threat posed to humanity by a giant earwig which is as we speak rampaging its way across the German countryside: 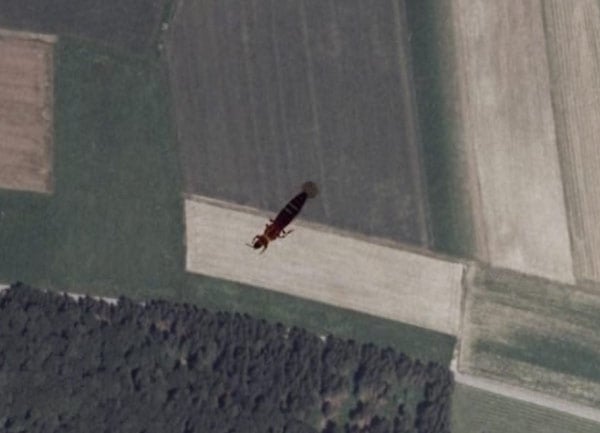 Make no mistake, this is the mother of all earwigs, advancing southwestwards towards the sleepy hamlet of Arlesberg (off picture, bottom left): 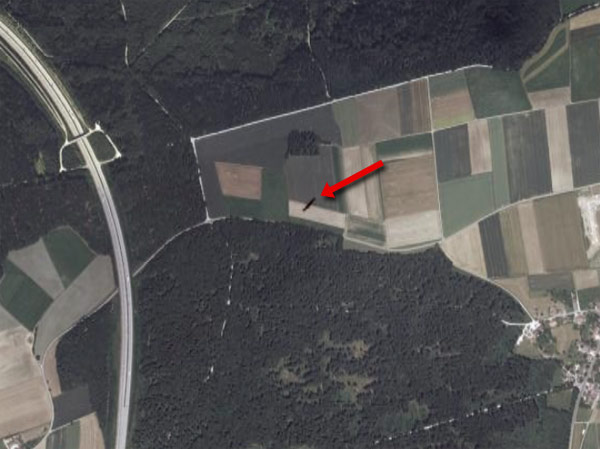 Close aerial analysis of Arlesberg shows that the agricultural community has dismally failed to prepare the standard defences against monster insect attack, as detailed in the 1959 US manual Swat and Survive: how to protect you family from mutant Soviet earwig apocalypse, viz:

Sadly, since we can spot no stealth aircraft on standby around Arlesberg, we can only conclude that the next time we catch up with the village on Google Earth, it will have been reduced to smouldering rubble dotted with dazed, sobbing survivors. ®