Humans have a concept of the mind that's about 4,000 years old (although about 3,900 years younger in the West) and it's generally understood to encompasses alot more than mere circuitry, such as experience and values. By making the dishonest, rhetorical leap from "mind equals brain", to "brain equals mechanical, determistic computer", lots of speculation followed. But the program makers needed to create this short-circuit, because they couldn't have made "Human 2.0" at all without it. Or at least it would have been very different.

Swayed by the easy seductions of the cult, the program makers made transferring consciousness look as simple as swiping a supermarket loyalty card - which merely demonstrated how little they valued the human mind, or, for that matter, the rational processes that permit us to create machanics.

Some errors were minor, but telling.

A black-and-white photograph of Intel's Gordon Moore - presumably intended to suggest he was dead, although Gordon is still very much alive - accompanied a claim that "computers were doubling in power every year". But Moore claimed nothing of the sort - he merely observed that the number of transistors on a given surface area was doubling every 18 months. The obvious reason why computers don't "double in power", except in theory, even every 18 months, wasn't mentioned.

Our software is getting worse rather faster than our computers are getting more powerful - which means the much-vaunted "singularity" is receding, rather than approaching. It's getting further away. With software getting dumber, the whole program seemed to support Jaron Lanier's observation about the Turing Test - "we make ourselves stupid in order to make the computer software seem smart."

The corollary had already been demonstrated. Our understanding of the "mind" is so universal and profoundly valued, you have to be fantastically clever (or an Anglo-American philosopher) to make it disappear.

No matter, the BBC told us, we'd be as good as there. We'd soon we'd able to, "download thoughts, store memories, [and] interface with machines." 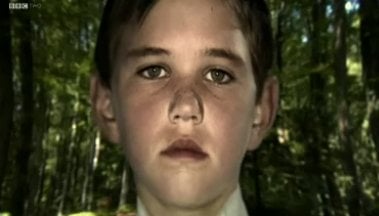 Having made mind and brain interchangeable, the program makers could use other deceits. Maps of neural activity from a monkey playing a game showed, we were told, that computers could "read thoughts".