Microsoft's mythical operating system looks set to remain a thing of legend. The oft-delayed Windows Vista is facing an epic setback, having been pushed back 18,000 years.

According to Manchester-based IT supplier Aria.co.uk, don't expect to run Redmond's new beast on your PC until 30 January, 20007. 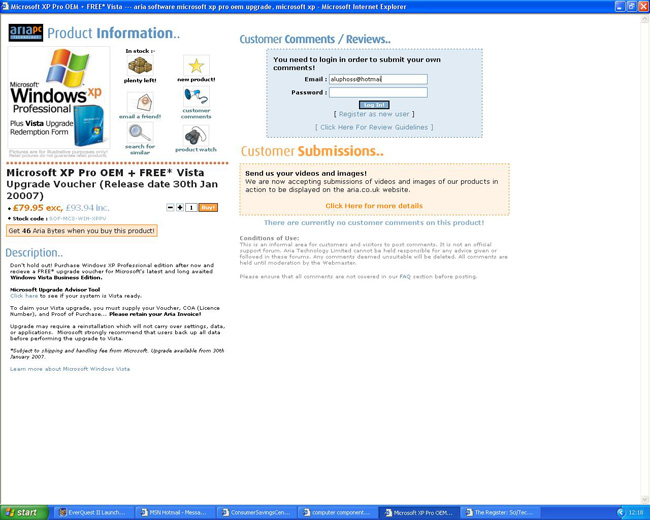 Long awaited it certainly will be.

Vista has already been delayed by security bugs, anti-trust action, and the ire of other companies, and we can only speculate what's caused the latest multi-millennial mix-up.

But, obviously, the Vista voucher is to become a thing of family legend, passed lovingly down from generation to generation until the lucky descendent can substitute their inheritance for the shiny new system.

That, or its Microsoft's latest attempt at monopolising the future.

Thanks to reader Charlie Burgum for the timely tip.