Here's a nice one for the Google Earth fans among you: a strange simulacrum lying just west of Canada's Alberta-Saskatchewan border, around 40km east of Medicine Hat: 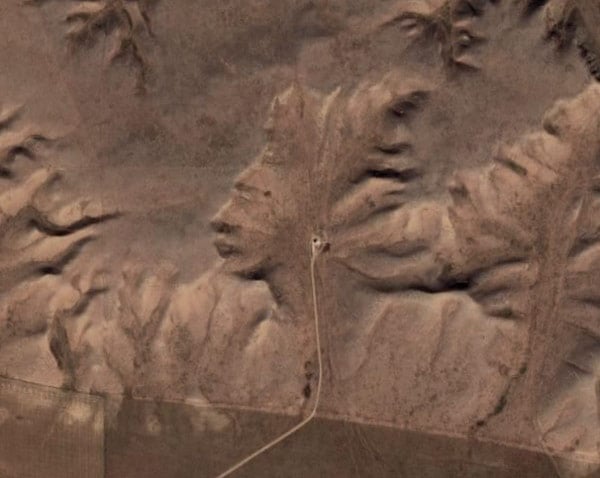 The Google Earth community has suggested that he's either Native American or Mayan, but all agree he's plugged straight into his iPod. It's pretty conclusive evidence that Apple stole the technology from an ancient people who themselves had acquired it from aliens. We expect Erich von Däniken's opinion on the matter forthwith. ®

Thanks to Len Klatt for the tip-off.