UK researchers have hacked a supposedly tamper-proof Chip and PIN terminal to allow it to play Tetris. Steven Murdoch and Saar Drimer of the University of Cambridge managed to get a playable version of the classic game working on the tiny screen. 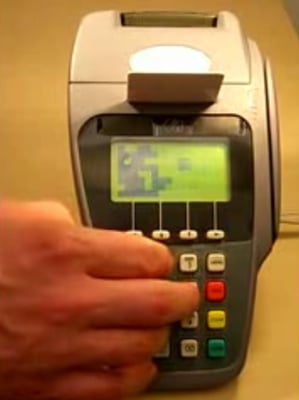 The proof-of-concept hack highlights wider security concerns about the terminals even though it was only possible after Murdoch and Drimer replaced most of the internal electronics after opening up the terminal. The attack illustrates the possibility that hackers might be able to physically modify terminals for far more malign purposes.

Entertainingly Murdoch and Drimer have made a short video of the attack, which they released via YouTube. ®

Updated Not us this time, Mastercard tells El Reg

Paying a PoS*, USA? Your chip-and-PIN means your money's safer...

... except not online. Sorry America

Scottish council awards Unit4 £4.75m support and hosting contract as it seemingly runs out of options