Not much to see on Google Earth

A report in today's Sun newspaper, noting that some sort of progress has been made in preparing the East London site which will host the 2012 Olympics, prompted us to go and have a shufti down on Google Earth: 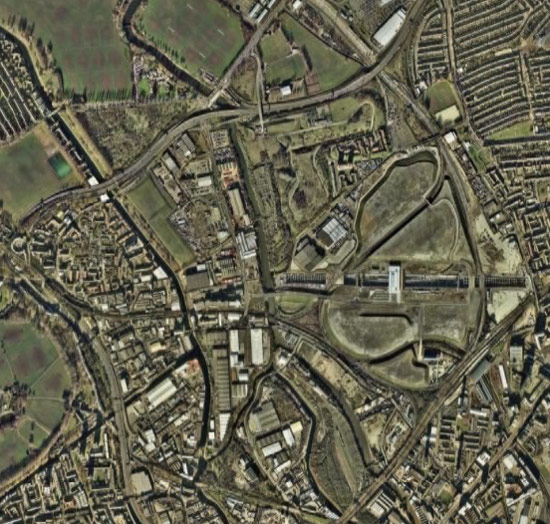 According to The Sun, there are actually a few blokes down there somewhere giving it some stick with a bulldozer, so we'll just have to wait for the next Google Earth update to see just what they've been up to. In the meantime, here's the same area as seen in this handy .kmz overlay from the Google Earth community:

All will undoubtedly be revealed in due course. We'll keep you posted. ®

If you absolutely must keep using those proprietary formats, walk this way
Applications19 Aug 2022 | 31