Apparently the holdup has been at the insistence of Ladbrokes lawyers, who are trying to shield the company from any negative American legal repercussions should the deal go through. 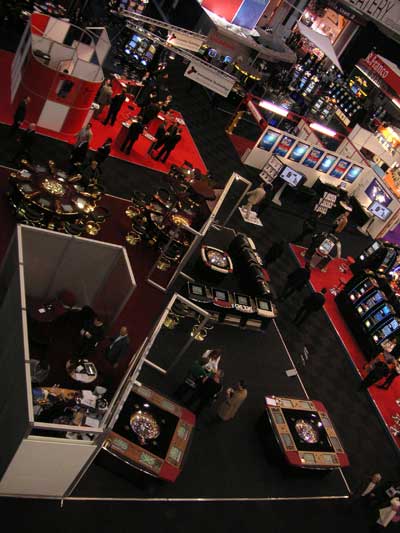 888.com is strong in many areas where Ladbrokes is weak at best, and the merger makes a lot of sense from that perspective, but lingering liability over past American dealings has become a concern for gambling sites in general.

Once the DOJ went after the former Neteller executives, on a bunch of charges stemming from transactions from 2005, well before they resigned their management positions, anyone in management within the last seven years, a typical statute of limitation in American criminal law, had to rethink their position vis a vis the DOJ. No one wants to buy into potential criminal liability, even considering that there is considerable debate about what was illegal prior to 2006, and the recent activities by American authorities could have a chilling effect on what had been a hot market for mergers and acquisitions, as companies sought to establish larger footprints in the world market.

One of the lesser reported impacts of the passage of the The Unlawful Internet Gambling Enforcement Act of 2006 ( UIGEA) last October - hard to believe it won't even be law until July - has been the squeeze put on the advertising market.

Although the case of James Giordano - the New York mobster who had an online site to complement his more old fashioned gambling enterprise - brought attention to potential American criminal liability for software suppliers to the online gambling world, the plight of advertising groups that work with the industry has been little noted, certainly in the more mainstream press. The Giordano case was a state rather than a federal case, but the "aiding and abetting" principles underlying either set of laws are essential the same.

The Neteller arrests and the subsequent subpoenas issued to just about every financial institution ever involved with online gambling are nothing if not a continuation of this kind of shotgun approach to law enforcement. Now that the financial institutions have been targeted, the Department of Justice is moving on to a group specifically addressed in the letter of UIGEA itself- namely those that provide hypertext advertising links to sites that provide online gambling. The DOJ last week apparently warned Google and Yahoo! off accepting advertising from any online gambling providers. Google is apparently throwing in the towel on this one, and planning to remove any online gambling advertising worldwide. Yahoo! is allegedly going to show a little more restraint and only pull it from its US site - we'll see how long that lasts.

Of course the marketing affiliates, who receive commissions for their referrals, will be the hardest hit.

But will the UIGEA ultimately be carved into irrelevance?

That is one approach being tried, as the online poker community seeks to "carve out" its own exemptions to the controversial legislation, much as political pressure from the horse racing and fantasy sports industries carved out their exemptions to the law.

Gambling911.com this week published a lengthy discussion by the President of the Poker Players Alliance, Michael Borcherek, about efforts by the PPA to exempt online poker from the draconian clutches of the UIGEA by classifying it as a game of skill, rather than one of chance. Apparently the PPA is on the verge of getting a bill introduced to congress that will do just that.

In addition to the well publicized problems generally associated with prohibitionism - ie., unenforceability and a corresponding increase in crime - Borcherek noted that poker is an American tradition, and as such the player deserves a bit more respect than your average zombie-like slot jockey.

Online games of skill, which probably provide the best hope for any kind of sane revamp of American law concerning internet-based wagering, only continue to grow in popularity. One of those is the ancient Persian game of backgammon.

Online backgammon, although notably under attack in Israel, has been something of a poor cousin to the wildly popular poker tournaments in the US. Maybe not anymore.

Partygammon.com, an online backgammon site owned by Partygaming, helped raise the profile of the game this week with the most expensive backgammon tournament ever played - the Partygammon Million, at the Atlantis on Paradise Island in the Bahamas. The winner took home $600,000 for his trouble.

Now for some litigation-free gambling news…