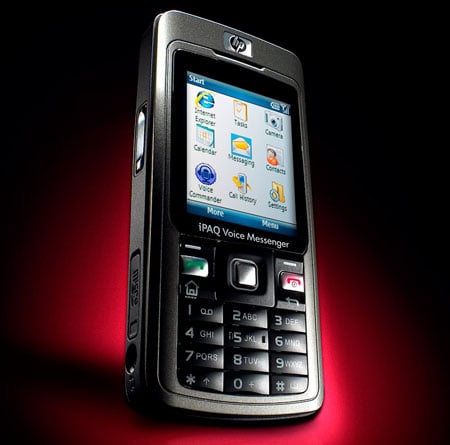 Dubbed the iPaq 500 Voice Messenger, the device has integrated 802.11b/g Wi-Fi, Bluetooth 1.2 and quad-band GSM/GPRS/EDGE cellular connectivity. Its powered by a 200MHz Texas Instruments OMAP 850 processor backed by 64MB of SDRAM and 128MB of ROM. There's a MicroSD card slot for extra storage.

The 500's display is a 2in, 176 x 220 panel capable of showing up to 65,536 colours. It comes pre-loaded with Windows Mobile 6 Standard - what in previous generations of the mobile operating system would have been called Smartphone Edition.

HP was keen to tout the handset's voice-control facility, which links recorded words to over 20 commands. It will also allow users to respond to emails with spoken replies sent as an attachment, and there's a text-to-speech function for incoming mail and messages.

The iPaq 500 goes on sale the Spring, HP said, in the US. Despite launching the device in Europe, the company didn't say when the 500 will ship over here.