Motorola today announced a heap of tweaks for its more stylish handsets, SLVR, KRZR and RIZR - the latter, for example, employs a new, curved and spring-loaded slider mechanism that creates what the company called a "fit-to-face profile".

Brits will get Sky's Anytime application bundled on the phone so they can programme a Sky+ satellite TV DVR on the move.

The KRZR K3 clamshell, meanwhile, has likewise had is download engine beefed up with 3.6Mbps HSDPA and a 3G-friendly front-mounted 0.3-megapixel camera - round the back you'll find the main two-megapixel, 8x digital zoom snapper. The screen's a 2in, 240 x 320, 262,144-colour job. 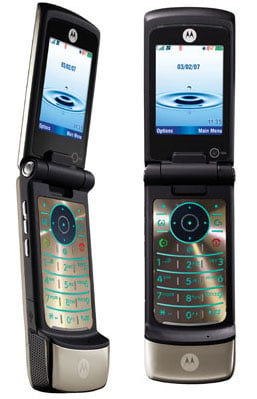 Like the Z8, it's got Bluetooth A2DP wireless audio on board and a MicroSD card slot to expand its 64MB of on-board memory.

Finally, the SLVR L9 goes multimedia mad, adding an FM radio with RDS data support, Bluetooth audio - but not for radio usage - that same two-megapixel camera with 8x zoom - 4x when you're shooting video - as the K3 and Z8 sport, and what Motorola calls CrystalTalk, a technology that adapts the sound to cope with noisy environments. 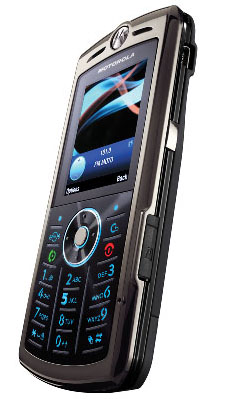 The L9 has a mere 20MB of memory, but that's expandable with 2GB MicroSD cards - more if carriers ship the handset with Flash-fitted MegaSIM cards. The candybar handset's a GSM/GPRS/EDGE device.

The L9 will ship in Q2, Motorola said, as will the Z8, set for an April introduction. The K3 is due to come to market later this quarter.