Do we really need a daily shower or bath to stay healthy?

Or are the techies the smartest of us all? 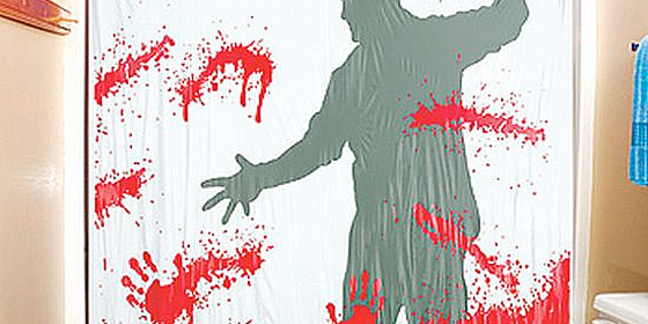 One of the most widely held myths of modern society is that we humans need to shower or take a bath each day (or even more often than that) for good health.

In modern industrial society today we shower and otherwise bathe for mostly social and aesthetic reasons rather than for those of health. The general rule of thumb is: "If you can stand it socially, you can probably get by hygienically." But in saying this, it must be stressed that bathing is necessary as one can get skin diseases and worse from not bathing at all. But the "one per day" frequency of showers and baths is somewhat unnecessary.

Our great grandparents, our grandparents, and perhaps even our parents probably showered or bathed less often than we do now. It was not so many decades ago when entire families routinely bathed in a common bathtub once a week. Families were larger then, so if you were fifth or sixth in the tub - you can imagine.

Standards in the degree of tolerance of body smells emanating from ourselves and others were different then compared to those of today. The advent of indoor plumbing boosted rates of bathing. It also boosted standards of laundry cleanliness. The one (or more) bathroom(s) and the one washing machine per home made cleanliness convenient to average people for the first time in human history. Cultural expectations shifted, especially over the last century or so to demand a cleaner population - ourselves and others.

Yet still today, nations and cultures differ as to the expectations of bathing. Many factors impinge on this behavior: Amount of readily available water (desert countries often have water restrictions), availability of bathing facilities (much of the world does not have easy access to a private bathroom), occupation (physical labour versus office work), lifestyle (the more athletic, the more showers), season of the year (more bathing in hot summer weather than in cold winter weather), age (teenagers bathe most frequently, the elderly least frequently), religion, other cultural beliefs, etc.

Who are the cleanest people on Earth?

The title of "cleanest people on earth" may go to the Australians. However, research is difficult to come by on this point.

According to an October 2006 survey of 400 people conducted by EnergyAustralia (the supplier of electricity for much of Australia), every Australian takes at least one shower each day. Specifically, "62 per cent of people showered once a day, 29 per cent twice a day, and nine per cent showered three times a day".

These figures imply that no Australian goes more than a day without a shower. This is arguably the highest rate of national showering anywhere in the world and qualifies Australians as the cleanest people on Earth. The survey also found that women take slightly longer showers than men (but only less than a minute more) and teenagers take longer showers than people over age 40. Any arguments?

Stephen Juan, Ph.D. is an anthropologist at the University of Sydney.

Liked this article? You can check out all The Odd Body columns here.