The European Union's Bulgarian 'commissioner for consumers', Meglena Kuneva, has hit out at the Balkanised world of digital music.

"Do you think it's fine that a CD plays in all CD players but that an iTunes song only plays in an iPod? I don't. Something has to change," she has told German weekly Focus.

An EU spokesperson said the quotes, to be published later this week, were accurate, but Kuneva was voicing her own opinions.

Historically, the consumer electronics industry has been able to license proprietary innovations, such as Philips' CD format. But despite clamouring to make iPod-compatible hardware, manufacturers are stymied by Apple's refusal to license its DRM. Now Apple is facing consumer legislation in four EU countries which would oblige it to open up the specification. 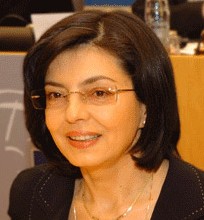 But is Apple's DRM really as closed as she says?

Not if you take advantage of the loophole Apple has provided.

First, grab a blank CD. Then create a playlist from the iTunes Store songs you want to burn. Then, hit the "Burn CD..." button and hope for the best. Now highlight the CD in iTunes and click import. Then, because iTunes doesn't support sync with non-Apple devices, start up your alternative music jukebox software (it might take a few days to get familiar with it, but it's worth it). Then, grab the original playlist and start typing in the Artist, Track Name, Number, and Album all over again. For each and every song you've bought. You can then load it onto your non-Apple music player.