It ain't heavy... in fact, it's rather lightweight

Review Research in Motion has proved it's possible to pull off a consumer-pleasing candybar handset that still has business-friendly features. The SPL follows in those footsteps, and for once you won't be embarrassed pulling it out of your pocket.

Perhaps i-mate could have been a little more choosy with the name. Aside from the flashbacks to the chunky, clunky Orange SPV of yesteryear, in the UK SPL translates as Scottish Premier League - hardly the pinnacle of cool. At least you won't need a subscription to the satellite sports channel Setanta to take a look this SPL. 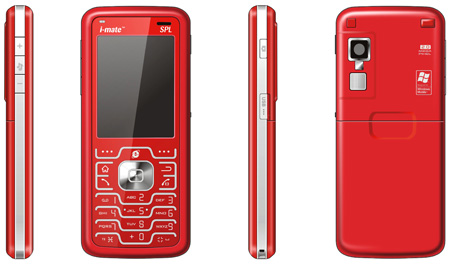 Despite measuring up at 11.4 x 4.9 x 1.2cm and weighing only 102g, the phone hides a fairly chunky battery. It might be taken for granted that this will have to be removed every time you want to swap out a SIM card, but the designers have sadly used the space within to hide another important slot. The need to make the phone as slim as possible means an external slot for the Mini SD memory card has become a casualty. Placing it inside, next to a small pull-out slot for the SIM card, makes changing the memory a bit of a pain and hampers its use as a device to listen to MP3s or watch videos on. The other downside to the size is the cramped space on the keyboard. This suffers the same fate as RIM's Pearl, with keys too close together for quick use and the bottom row particularly hard to press.

Thankfully, the Windows Mobile 5.0 operating system still has a few tricks up its sleeve to keep the power users happy. The i-mate lets you sync all the usual items such as contacts, calendar, tasks, email and favourites, with the option to include Windows Media items as well. Because the sync software is designed to work specifically with the Windows OS, PC users benefit from having a smooth transfer of their data.