Socialise in your PS3

The new Sony Home PS3 network promises to be a bit like playing Doom on a computer, where the monsters you meet are being driven by real people, and it conjures images of the internet space novels Snow Crash and Neuromancer, where players interacted fully in virtual worlds. The new Sony Home feature was described this week by Sony executives as a 3D virtual world inhabited by user created Avatars and will be available as a free download this autumn. 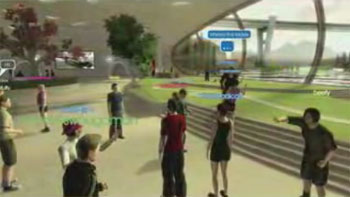 At first glance, to the digerati, this is exactly what the Linden Labs created Second Life seems like, but Sony makes the important distinction that in Second Life all of the creations are made by the customers for interaction and trading, and at Sony Home the artifacts are specifically designed to make the world more entertaining. What he meant is that Second Life is already full of practical jokers, and people lying about who they are and just plain creeps that like to freak people out.

Initially the Sony Home paradigm is that everyone has a home, with rooms, décor and a view. Everyone has free access to public spaces, their own character, accessories, furniture and their own apartment. There will be some free games added to the network and people can communicate (presumably by either IM or voice), and share content (it is likely to have copyright filters from day one knowing Sony). All in all Home is like a 3D MySpace. Everything else will cost money or playing points earned from PS3 games.

Sony Home is also patrolled by a kind of online police, ensuring nothing untoward occurs, and has parental controls and “people” blocks, so you can switch someone off who’s bothering you.

Already Sony says that 500,000 PS3 users have registered for the free PlayStation network which Home is built on, representing half of the people that have bought PS3s. In the end Sony hopes to put enough attractions into Home to give a reason to every single PS3 customer to visit at least occasionally.

The principle purpose of Home is to give games a life extension, allowing games designers to add feature and functions into games to keep them fresh, which means they are played for longer, and potentially to sell these features to extend the revenue cycle.

Sony eventually wants people to invest heavily in their Avatar and have the same character play inside all of the Sony retail games, but at present this is just on the wish list. 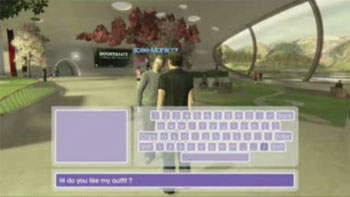 At the Game Developer's Conference this week in San Francisco Sony also previewed "LittleBigPlanet," a community-based game where users play, create and share what they build with other PS3 users, which along with Home is described by Sony as Game 3.0, to extend it beyond Web 2.0.

LittleBigPlanet is a game which starts with players learning about the powers of their chosen characters to interact physically with the environment. There are obstacles, items to collect, puzzles to solve, some of which require teamwork and research. Ultimately, levels of the game will be user generated and shared.

The attached picture gives an idea of the 3D capability of the network, note the shadows. Home begs the question of whether or not the Microsoft and Nintendo services will have the raw console processing power to keep up with this move from Sony.