Where are the experts - the people who built the net? 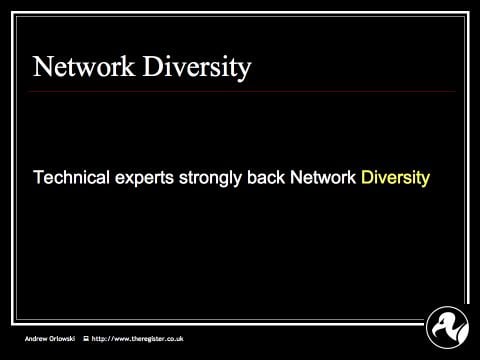 "I am totally opposed to mandating that nothing interesting can happen inside the net", says Dr Robert Kahn, justifiably described as the "Father of the Internet". He was the director of the team at DARPA that developed what became the internet. 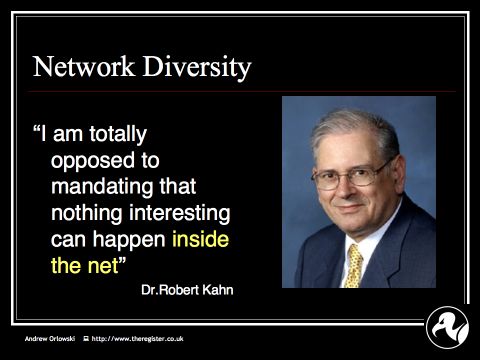 Kahn also reminds us we're at the first stages of technical innovation with packet networks.

Kahn also said, in this exchange: "You want to incentivise people to innovate, and they're going to innovate on their own nets or a few other nets..."

This is what the UK's most experienced internet engineer and academic thinks. 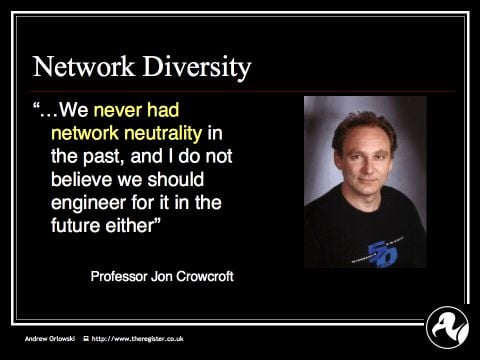 Jon Crowcroft is the Marconi Professor of Communications Systems in the Computer Lab, at the University of Cambridge, has served on the Internet Architecture Board, and has been involved in packet networking research since 1981.

"We never had network neutrality in the past, and I do not believe we should engineer for it in the future either". 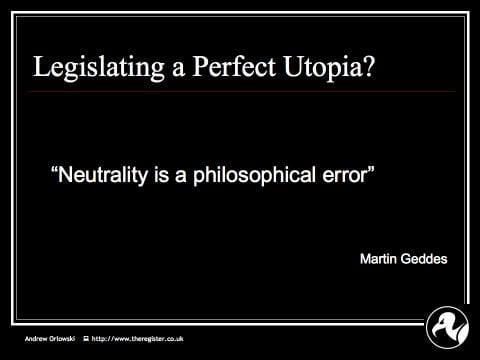 <p"[The internet] is not sacred, an object of worship," he says. "We can think of better Internetwork architectures..."

"Neutrality is a sign of healthy supply competition and sophisticated ways of demand expression. It's an output, not an input... File 'Net Neutrality' along with the Tooth Fairy, Leprechauns, and the Loch Ness Monster.

"Neutrality is a philosophical error", he says.

Now, I don't know how much philosophy you need to know before you can see a problem with mandating characteristics that don't belong to a thing that doesn't exist!

Fortunately, there are other legislative levers to ensure the outcomes we want: like competition legislation.

Given these problems, how could so many people get it so wrong? Why did they think the internet as we know it was about to disappear?

Next page: How could so many people get it so wrong?
Page:
Tips and corrections