It's no fault he lives in an age when The Greatest Living Briton can be decided by anyone with a computer connection: Shakespeare, Babbage, Blake, and Brian Clough somehow missed out on this popular accolade.

He's a lovely fellow. But with British academia gradually turning into the US model, where it's a Big Business designed to extract corporate cash, The GLB™ is a valuable asset. Hence the "Web Sciences Initiative", an umbrella project designed to examine "the New Science of the Web".

Last week we recounted an encounter with Sir Tim where he was posed tricky questions about web rot. Since he'd invented the web, we thought he might have a unique insight into how to fix it. Every other internet engineer who's been posed the question about how to improve their invention has some good answers, often troubling and always honest. This is not the case with The GLB, and he mocked his interrogators (including your reporter) for our impertinence.

You can read the encounter here: Tim Berners Lee goes postal on spam.

Expecting vilification, we were surpriesed that readers welcomed a few hard questions, which is nice. Here are your letters.

Maybe you should send him a link to:

I think you're asking the right questions, Andrew. Integrity is ALL the web has: as the old New Yorker cartoon says "On the Internet, no one knows you're a dog." As long as the dog delivers, no one really cares that they ARE a dog. Conversely, the best pedigree of real-world integrity is worthless if it is gamed in the cyber-world.

I suppose that the researchers will equivocate this issue by trying to define what is an "acceptable" level of misinformation, which has its own frightening implications. On the other hand, that's life, and the purpose of our brain is to perform "filtering" on "reality" - real or cyber world.

Of course the real answer to all these problems is neatly explained in the last scene of the 1960's RIngo Starr/Peter Sellers film The Magic Christian. Watch the whole movie, though: it's worth the build-up. 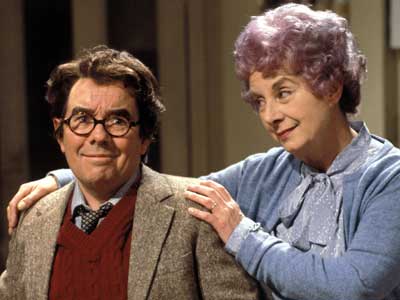 Hooray for the vultures, refreshment and sustenance at last. You provide as ever, an oasis of enlightenment in the silicon desert. Ivory towers, paranoia and searching for the saviour, spring to mind.

How do otherwise intelligent folks become so deluded and desperate ?

Now, if they'd had tambourines accompanied by rousing songs of praise. The proposition might have been a bit more entertaining, if not convincing.

"Explanation marks", Mr. Berners Lee? So upon reading them one is filled with some kind of generic enlightment? Now that is the biggest advance in the field of punctuation since the humor tags...

All the best, Marvin the Martian

There is a simple explanation for this one - Sir Tim Berners Lee is a douche. A formerly brilliant douche, but a douche nonetheless. I think the knighthood must have gotten to him and now he poops gold doubloons, as no criticisms of his ideas are longer valid. Can’t respond to flaws in his ideas, can’t objectively analyze anything he thinks up, what does that make him? “Jimbo” Wales – also known as a douche.

We'll stop the blood-letting right there. There's one irony about the GLB which is always overlooked, however.

In 1991, Berners Lee was undoubtedly in the right place at the right time. As were many other scientists - all with similar ambitions, but rather grander designs. In contrast to these schemes, which envisaged vast bureaucratic "architectures" (such as DCE, the OSI model, X.400...) the web succeeded because it was a classically British piece of improvisation that delivered instant benefits. Thanks to Sir Tim's breezy ignorance of, and disdain for, such grand architectures, he devised a mechanism for unifying the different protocols and media types on the early internet - with a mechanism so simple it could be drawn on the back of a napkin and used without a manual.

A bodge is precisely what internet development needed - and awkward questions would be resolved at some later date.

But for the past 15 years the GLB has been devising a follow-up every bit as baroque, bureaucratic and incomprehensible as the client/server models he helped sweep away. And no one is remotely interested in the Semantic Web.

Nothing about Sir Tim's modest manner suggests anything other than he knows he's the most fortunate person alive. It makes us uncomfortable to see him so uncomfortable. In which case, why not get a real Sir Timothy - Ronnie Corbett - to do the job? ®

The Return of Gopher: Pre-web hypertext service is still around

Sir Tim Berners-Lee's World Wide Web NFT fetches $5.4m at auction while rest of us gaze upon source code for $0

Proceeds to go towards charitable causes, Father of the Web confirms
Software1 Jul 2021 | 30

Microsoft says the internet is the nicest it's been since 2016. Obviously they didn't look at The Reg comments

The bill calls for concise, machine readable summaries of how websites and apps use client data
Legal14 Jan 2022 | 36

WEB@30: The Register pokes around historical hardware of the WWW