D-Link has begun shipping one of the first pre-standard 802.11n wireless networking adaptors that will slip into a notebook's ExpressCard slot. 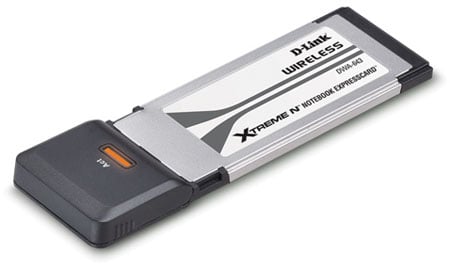 The Xtreme N-branded DWA-643 is an ExpressCard 34 device so it should also fit into laptops with ExpressCard 54 bays. Alas, the the device only operates with Windows, so MacBook Pro owners who don't possess a Core 2 Duo-based model remain out in the cold as far as next-gen Wi-Fi goes.

D-Link said the DWA-643 is available in the US for $120. As yet, UK pricing has not been announced, but the gadget's expected to go on sale here in May.