Regular readers will recall our pride last year when we were able to reveal that the UK had developed a stealth Eurostar train, spotted on Google Earth decloaking as it pulled into London Waterloo station.

Well, we didn't think the US would take this astounding technological advance lying down, and we've been proved right. Have a look at this innocuous-looking airliner caught taking off from Dallas Forth Worth airport: 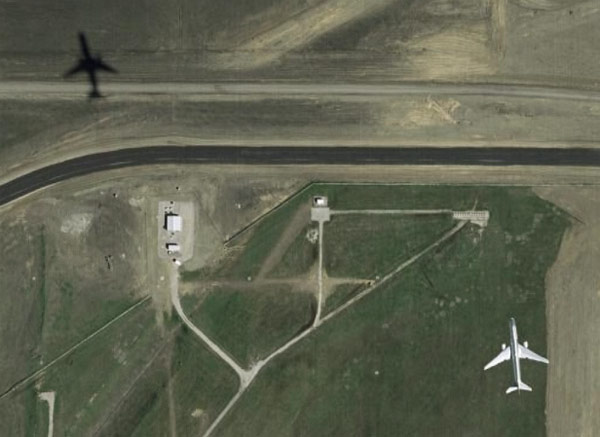 Pretty bog standard stuff, you might think, but this image is interesting because it forms part of a sequence of satellite snaps which show the aircraft's progress north from Dallas, with its associated shadow (ringed in blue): 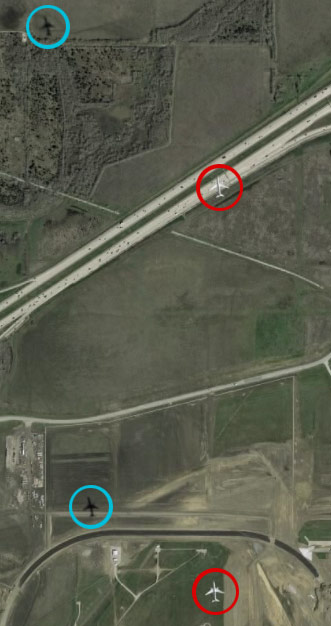