Gary McKinnon pops down to Infosec

McKinnon is continuing to fight against extradition to the US on hacking offences after losing an appeal last month. Only the Law Lords now stand between the Scot and a US trial for allegedly breaking into and damaging 97 US government computers between 2001 and 2002 and causing an estimated $700,000 worth of damage, in what US authorities have described as the "biggest military" computer hack ever.

During the hacker panel McKinnon questioned the costs attached to the supposed damage he'd done. Cost of $5,000 per machine he infiltrated were fitted with the requirements of an offence serious enough to be punishable by at least a year in US prison, a condition for extradition. "You wouldn't pay that much for a machine at PC world, he said. 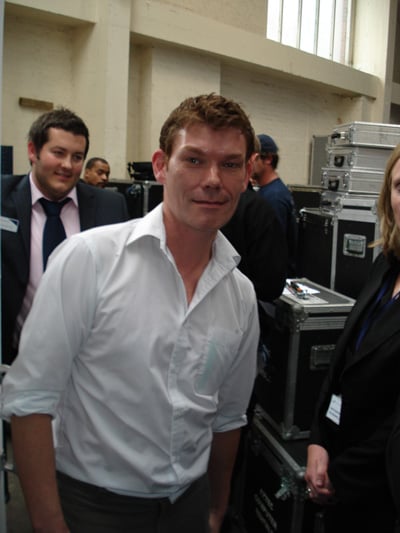 McKinnon allegedly infiltrated networks run by the US Army, US Navy, US Air Force, Department of Defense and NASA. US authorities described McKinnon as an uber-hacker who posed a threat to national security in the aftermath of the 9/11 attack. The former sys admin, who lives in London, admits he infiltrated computer systems without permission. The 41-year-old former sysadmin said he gained access to military networks - using a Perl script to search for default passwords - but describes himself as a bumbling amateur motivated by curiosity about evidence of UFOs.

The Court of Appeal is yet to decide whether to allow an appeal to the House of Lord on McKinnon's case. The Scot's team are preparing an appeal on grounds including the use of "deliberately coercive plea bargaining" tactics by US authorities during the course of the long running case. His lawyers argued that he had been subjected to "improper threats" that he would receive a much harsher sentence and be denied the opportunity to serve out the back-end of his jail term in the UK unless he played ball.

The unemployed sysadmin has had these charges over his head since March 2002 when he was arrested by officers from the UK's National High Tech Crime Unit. The case against him lay dormant until July 2005 when extradition proceedings commenced. ®