Cause of global warming found

Discovery revealed in letter to editor

A particularly astute individual has put two and two together to gain a major new insight into the cause of one of mankind's most pressing crises. Remarking that last month was the hottest March since the beginning of last century, the resident of Hot Springs, Arkansas, was quick to pinpoint the cause in a letter published by the Arkansas Democrat Gazette.

This should come as no surprise to any reasonable person. As you know, Daylight Saving Time started almost a month early this year. You would think that members of Congress would have considered the warming effect that an extra hour of daylight would have on our climate. Or did they?

Perhaps this is another plot by a liberal Congress to make us believe that global warming is a real threat. Perhaps next time there should be serious studies performed before Congress passes laws with such far-reaching effects.

An employee in the paper's editorial department confirms that the letter to the editor in fact ran on April 16, but surmises the writer's tongue was planted firmly in cheek. That hasn't stopped a clipping from receiving heavy rotation on email distribution lists. ® 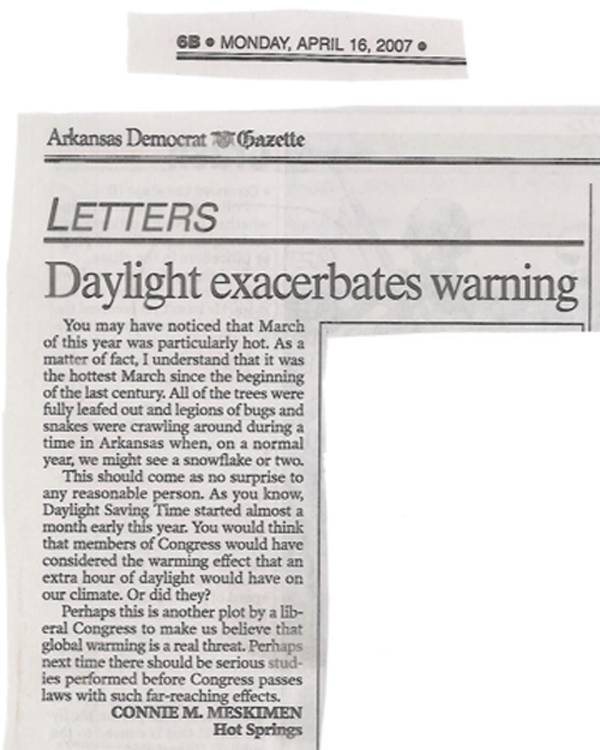