A tribute to Jim Gray

Lost, but not forgotten

As we post this, Jim Gray has been missing for three months. It now seems very unlikely that he is still alive, although his family has not given up hope.

We decided to publish the following tribute to him, because his life deserves to be celebrated. 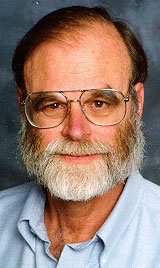 History excels at recording technical achievements, so there is no doubt that in 100 years Jim Gray's name will still be there in the history books. After all, he won a Turing Award, the computing equivalent of a Nobel Prize. That alone assures him a place. In the database world he will be remembered as the man who worked out how transactions can be performed effectively.

No doubt history will also record the facts of his untimely disappearance - he disappeared on Sunday January 28, 2007 on a short sailing trip in good weather, and no trace of man or vessel has yet been found.

It is also likely to record the extraordinary fact that, after five days, when the Coast Guard finally gave up searching, the technical world didn't. Instead, people from many companies including bitter rivals like Oracle, Microsoft, and Google, worked side by side, day and night to continue the search in any possible way they could dream up.

They hired planes and boats and sent them out. DigitalGlobe volunteered one of its satellites to capture images of the search area. NASA diverted an ER-2 (the civilian version of the U2 spy plane) to photograph the area. When the physical images needed rapid transport, an F-18 magically appeared. People wrote custom software which chopped up the images and applied image processing. Amazon hosted the images on the Mechanical Turk website so other volunteers could spend hours poring over them, applying the non-artificial intelligence that might just spot something the algorithms had missed.

The Coast Guard had never seen such a concerted and technically competent response from civilians. Captain David Swatland, deputy commander of Coast Guard sector San Francisco, said: "This is the largest strictly civilian privately sponsored search effort I have ever seen."

Given that the search was so unusual, history will probably record it, but I guarantee it will completely fail to record why we all did this. How come so many people in so many organisations came together to try to find Gray? Why did companies fall over themselves to divert resources from top priority projects? Why were people from such diverse companies allowed to collaborate so freely?

The reason is simple: Jim knew a very large number of people and those of us who knew him also loved him. When it came down to it, we didn't care that he was very bright. We didn't care that he had a Turing award. We didn't care who he worked for. It just so happened that in our many and varied interactions with Jim, the one common factor was that he always gave far, far, more than he took. We were all enriched by the fact that he was here on the planet and none of us was prepared to accept that he might be gone.

So the co-operation wasn't about companies signing declarations of an intention to form an alliance that might, at some point in the future, form the basis of an agreement to work toward a common understanding. This was about individuals emailing each other and saying: "This is terrible. What can we do? I have this resource, what have you got?" This was about people like Joseph M Hellerstein emailing out and Sergey Brin emailing back within the hour offering Google Earth's satellite imaging expertise. This was about over 12,000 people who don't have those kinds of resources, giving of their time to scan endless images of the sea looking for anything that resembled a boat.

So why did we all care so much about him?

Jim was very, very bright. He excelled in database technology (obviously) but he was also a polymath – he actively worked in areas as diverse as astronomy, medicine, oceanography, and environmental science.

In one sense this doesn't make Jim unique – there are a great many human beings around, some of them are bound to be highly intelligent. Sadly for most, a brain the size of a planet comes with an ego to match. Not Jim. He must have been aware that his intellect was unusual, but he was great at ignoring the fact.