Forgotten Tech It's the original UMPC: Epson's HX-20, announced in 1981 - 25 years before Intel and Microsoft formally launched the ultra-mobile PC category, in April 2006. 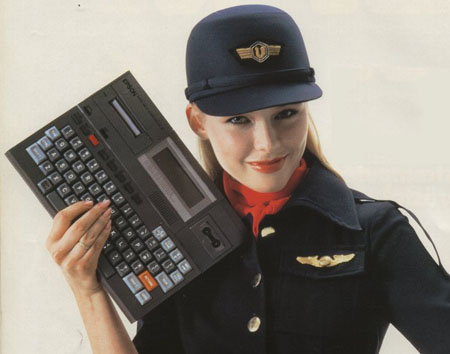 Epson's machine wasn't the first portable computer - that honour goes to the Osborne 1. But while the Osborne was a beast of a machine, designed more as a desktop you could take from place to place, the HX-20 was a truly a system for computing on the move.

So while the HX-20 combined not only a full QWERTY keyboard, a display, storage and even a printer into its 28.4 x 21.3 x 4.4cm casing, but also a rechargeable Ni-Cad battery. A charged power pack could keep the HX-20 running for an amazing 40 hours away from the mains - a staggering figure by today's standards, where getting four or five hours out of a laptop battery is a major achievement.

It was reasonably portable too: a laptop-like 1.7kg/3lbs.

The HX-20's display was a monochrome LCD panel capable of rendering 20 characters on four lines. The (noisy) dot-matrix printer was situated to the left of the screen, ready to dump out hard copy at 17 characters a second, 24 characters per line, on a 5.6cm-wide roll of paper.

To the right of the display was a covering that could be removed to allow an optional cassette deck that fit flush with the case. An alternative version had the deck built in. The drive took the tiny cassettes used primarily by dictation devices, reading and writing data at 1300 baud (1.3Kbps). A 30-minute tape could hold about 50KB of data. 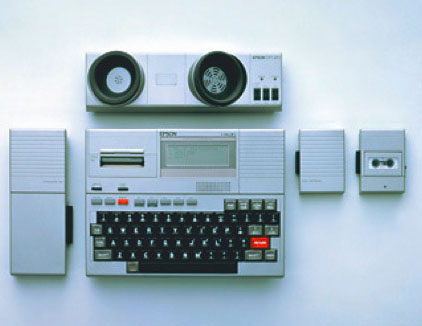 Need more? Then hook up an external cassette player via the mic, earphones and control ports on the side of the HX-20. The unit also has low- and high-speed RS-232 serial ports - one at 38.4Kbps, the other set to 4.8Kbps - a proprietary "expansion port" and a connector for a barcode reader.