Review If first impressions are as important as some people claim, then the HTC S310 is in big trouble. Selling itself as having a 'compact design', when it first sits in the palm of your hand you can't help thinking you've been handed something that's at least a few years old. 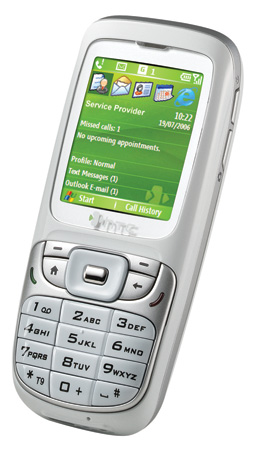 Despite measuring up at just 10.8 x 4.7 x 1.85cm and weighing only 105g, the S310 feels bulky for a modern phone. That initial reaction isn't helped by what at first seems like uninspired styling. True, when it comes to colours we were handed the worst offender: an extremely dull grey version with touches of black. The white model and the black-and-silver models at least look more interesting from their photos, but still not that attractive.

Thankfully, there are hidden depths to our shallows and we don't just judge things by appearance. After a couple of hours' use, everything suddenly became clear. While it won't be scooping any fashion awards, the design of the S310 has one real plus - and it's a biggie - in that it's extremely easy to use. That's largely thanks to the design of the keypad, which has been designed with large buttons for maximum usability.

The larger keys are also distinct enough from one another to minimise accidental presses, but are still close enough to use quickly with a single thumb. The red and green Call and End buttons have also been removed so there's less doubling up on the keypad. Instead they are given their own light-up buttons just below the Back and Home keys. Two soft-menu keys sit just above all of these.

As seems common these days, the camera button has been pulled to the side of the device and the power button sits just above it. As well as turning the phone on and off, this also allows access to the quick list of useful commands with a single, short press.