The Slippery World of Agile Planning 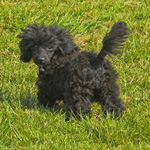 puts down his corporate-branded coffee cup next to his spiral-bound Book of Names and cheap plastic retractable (which also doubles as a sacrificial weapon in extreme management meetings).

The stench of stale coffee wafts from beneath his snarling upper lip. Out of all the people in the room, he’s staring at you, and he wants to know why your plan said Feature X would be delivered last week, yet Feature X is still nowhere in sight. You know in advance that mere facts, like “The scope changed but the plan was already set” will impress this man about as much as handing him a bottle of Listerine.

Despite the brave attempts of agile developers to de-emphasize the importance of project plans, they're still with us and are still the primary measure of progress at the management level. In fact, it might seem that agile software development and project planning are mutually exclusive: how can you plan future release dates if the one certainty is that those dates (and the scope) are going to change?

However, planning is actually an integral part of agile development. It isn’t even all that different from "normal" project planning, when you get down to the fundamentals. The main difference is that with agile planning (also known variously as adaptive planning and rolling wave planning), you plan ahead in broad brush strokes – release milestones – and only plan in detail for the next iteration. The length of the next iteration depends on your agile methodology/religion: it could be a week, it could be a month. But the main point is that beyond some realistic horizon, events get too blurry, too speculative, to predict accurately.

Agile die-hards call detailed future planning “predictive planning”, to highlight the fact that managers who plan in detail far ahead are attempting to prophesize the distant future. “Right, so on Tuesday 5th in the year 40,000 we'll deploy a lead shield around the Earth to prevent neutrinos from introducing random bugs into our trading system. And Johnny, aka Resource 36, will devote 75 per cent of his time to this eight-hour task. It's in the plan, so we can tell the customer it’s as good as done.”

“In contrast [to adaptive planning], a predictive plan is suboptimal. In fact, it could be close to the worst or most risky possible path to the milestone goal because it is created with the least amount of information, speculating far into the future… It is not wise or useful to believe that five iterations in the future, 17 weeks from today, the best thing we should do is implement requirement R15.”

Unfortunately there’s another side to the coin. Real-world constraints often put a stopper in the idealism of agile planning. (This idealism isn’t in itself a bad thing, by the way: sometimes it’s good to take a step back and say “The age-old approach isn’t ideal; wouldn’t it be better if…”). Managers – and customers, for that matter – like deadlines, baselines, and all sorts of other lines. In fact they don’t just like them, they often rely on predictive plans to manage the project in the greater scheme of things: several different projects may need to deliver all at once, or two of your developers might be lined up to work on a different project in a month’s time.

So, that means we have a problem: predictive plans are suboptimal and likely to represent the riskiest path to the milestone goal; but the business world depends on these plans. No wonder IT has such a bad reputation, if it’s basically incompatible with business!

In Part II, I’ll explore this problem further, and look at how agile planning deals with the problem. ®

Interview Moving to series production and dealing with the US, where things are done slightly differently
Science28 Jun 2022 | 5

To Washington's relief, GlobalWafers to spend $5 billion on Texas plant

Could it be Beijing was right about games being bad for China?
Security28 Jun 2022 | 5

Carnival Cruises torpedoed by US states, agrees to pay $6m after waves of cyberattacks