Apple's Windows version of its Safari web browser is creating havoc on localised versions of Windows.

Several international users who have downloaded the beta version noticed problems with loading bookmarks. When opening or importing bookmarks, Safari crashes. It also shows error messages such as: "Safari is missing important resources and should be reinstalled."

Most of the problems seem to occur when users use English versions of Windows, but with settings in another language or region. 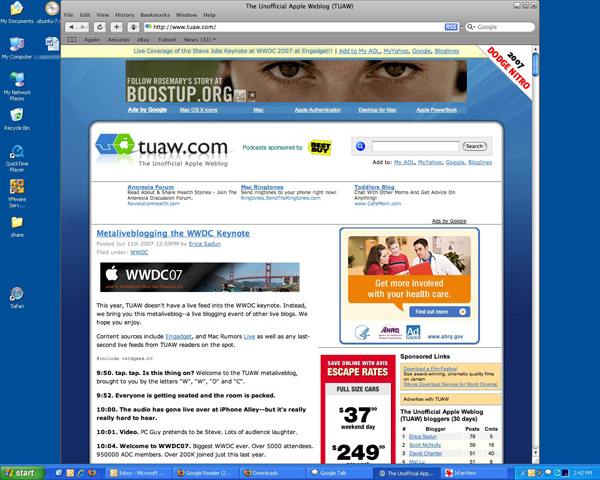 Most of these issues can be solved by copying and renaming all the files in the Safari folder that end with .lproj. For instance, if your system has a Spanish regional setting, changing en.lproj into es.lproj may help.

But there are other issues too. When the AutoFill function is activated, Safari crashes whenever one tries to type text into a text field.

A number of websites are also having trouble recognising Safari. One user said: "When I went to eBay after restarting, I got a warning that I was using Safari 1.0 and needed to upgrade. A bit odd."

Even on Apple's own home turf, Mac OS X, Safari doesn't always behave nicely. Some of Apple's Widgets are broken after installing Safari 3 Beta, and other users report problems with iTunes. However, Apple does provide an uninstaller, which replaces the original version of Safari.

"This is no beta, but a mislabeled pre-alpha," one frustrated user lamented. International users in particular are not pleased with the experience: "Wake up, Apple. There is a world beyond US-land and China, where you manufacture everything." ®