Half of the web just disappeared

Another issue has cropped up with Apple's newly released beta of Safari for Windows.

This time, the browser is having trouble seeing bold text on web pages. Headlines (including those of The Register) have mysteriously disappeared. Half of the web in Safari is practically invisible. 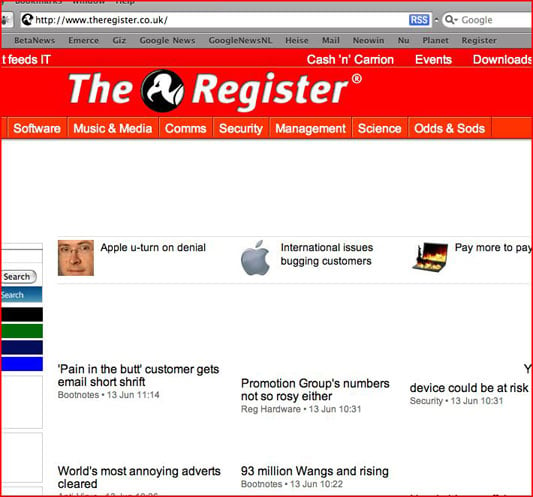 As reported yesterday, international users in particular are experiencing problems when opening or importing bookmarks. Plug-ins are often not recognised also. Many foreign languages, such as Korean and Arabic, aren't correctly displayed either. 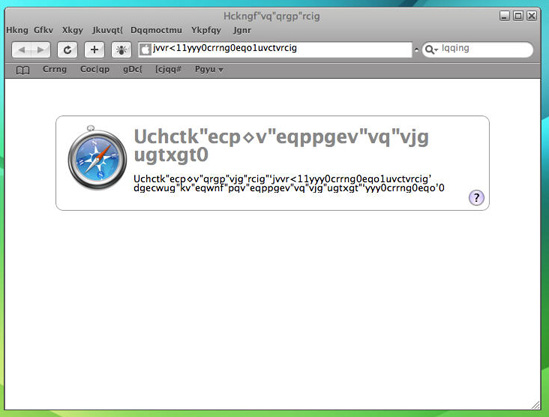 Some users complain they have no text or menus in Safari all. Several solutions have been suggested. Some users even tried to fix these problems by copying fonts from safari.resources into windows\fonts and deleting the resources folder.

The Register installed Safari on two machines. On the Windows XP PC, Safari is running flawlessly. However, under Vista all kinds of problems appear, including not recognising bold text.

Meanwhile, researchers have identified no less than 18 exploits in Safari 3 beta, including two denial-of-service (DoS) vulnerabilities.

Researcher Tim Ferris told IDG that Apple's team should have tested it more carefully before making it available to such a large group of users.

Of course, it is beta and expected to include bugs, but come on, even Mozilla's alpha versions of its Gran Paradiso browser aren't this bad. ®