Since western businesses have already lost an estimated five billion working hours to Google Maps' Street View facility, as employees eschew their duties to scour the US's highways and byways for hot Las Vegas babes and fag-puffing lawyers, it should come as no surprise that it didn't take them long to find the first evidence of the headless zombie menace threatening San Francisco: 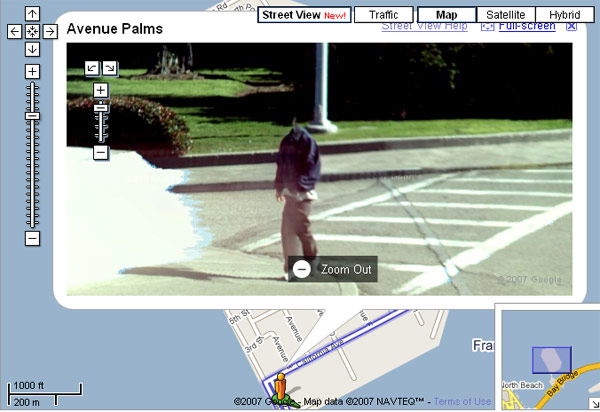 As those of you who've seen 1978 bloodfest Dawn of the Dead will recall, a head-shot is the only sure way to stop the undead in their tracks. In this case, however, an alternative plan is clearly required. ®

What a load of rubbish