Digital data can bite you in the ass, researcher warns

Usenix When security consultant Dan Klein was culling decades-old snapshots for his digital scrap book, he specifically omitted photos taken during his college years, when some of his behaviors weren't exactly role-model material for his offspring. Left unscanned, for instance, was the picture of him wearing a tee-shirt bearing a marijuana leaf or another one showing him brandishing a six-inch switchblade while sitting in front of the pelt of an endangered animal. 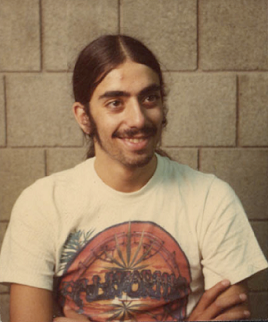 Because the pictures were shot in the 1970s, preventing them from seeping into the digital ether was a trivial matter that required only that he keep them in the same musty closet that had been their home for years. Klein's secret was safe...until now.

Contrast his experience with the students Penn State University students who rushed the football field in 2005 after a their team led a stunning defeat of Ohio State University. Police investigating the disturbance were able to identify some suspects using images posted on Facebook, including some bearing the title "I Rushed the Field After the OSU Game (And Lived!)."

Klein's 90-minute talk was packed with plenty of other cautionary tales. There was the Google search from Robert Petrick's computer for "Body decomposition" and "neck," "snap" and "break," that helped lead to his conviction for the murder of his wife and the dumping of her body in a North Carolina lake. Scott Peterson, who was convicted of murdering his wife and dumping her in the San Francisco Bay, was similarly implicated by a Google search, in his case for queries relating to tide schedules.

There was also the former nanny of a friend who maintained a blog on LiveJournal that volunteered that she was a survivor of child abuse. The friend, acting in response to statistics that suggest past abuse is a strong predictor of future abuse, fired the woman.

Indeed, Klein himself has been snared by stale digital information that later got dug up. In his case, the offending document was a PowerPoint presentation he gave for a Usenix talk years ago in which he discussed his experience providing technical support to a variety of adult-themed websites.

The latter anecdote demonstrates how easy it is for digital information to be misconstrued. Despite all the lessons about the inaccuracy of Wikipedia and other digital repositories, we still give a great deal of credence to what we see online. The means even seemingly benign details can become liabilities if they are misrepresented.

Of course, search engine queries, blog postings and photo sharing are only a few of the ways personal data can leak out in ways we never intended. RFID tags are already being embedded in passports, and laws have already been proposed to put them in driver's licenses. Given technologies that extend the range at which tags can be read, Klein said, it's not a stretch to imagine readers being installed in doorways, roadsides, walls and other places and having our comings and goings monitored.

"Once you know where somebody is, you can do correlations," Klein said. "That is the greatest boon and the greatest threat of the information age." An example of a useful correlation: a reminder to renew an eyeglass prescription a few years following a visit to an optometrist that was logged by a mall's RFID system. More invasive is the report sent to the health insurance provider that the person just ate two jelly doughnuts at the cafeteria.